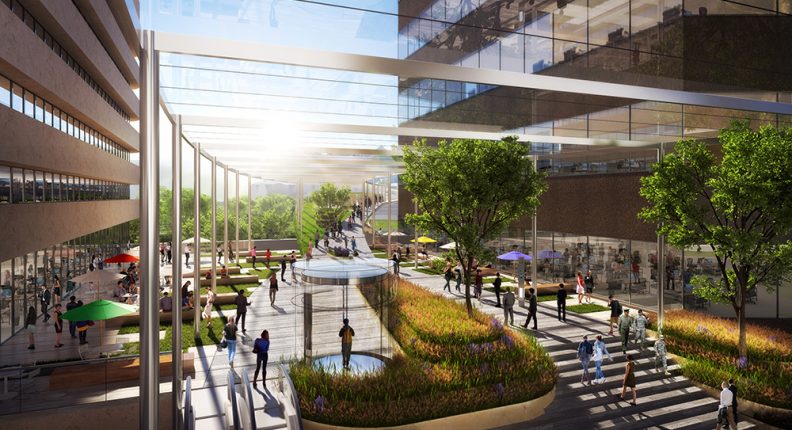 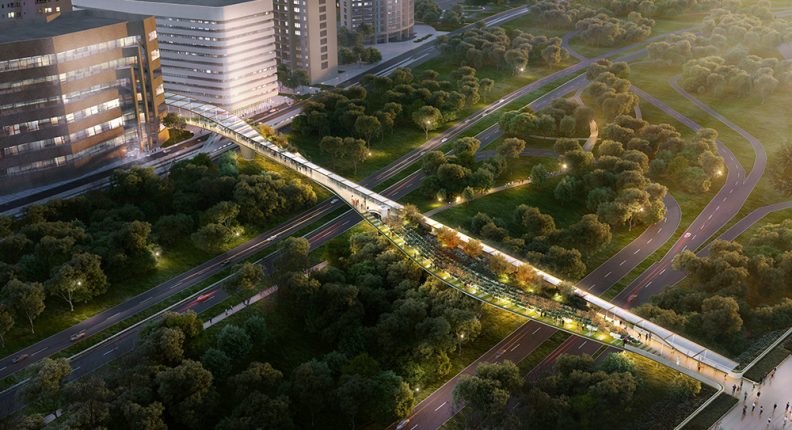 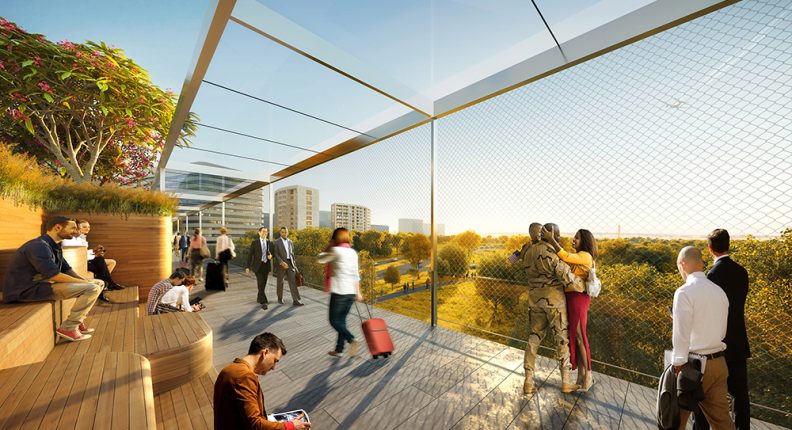 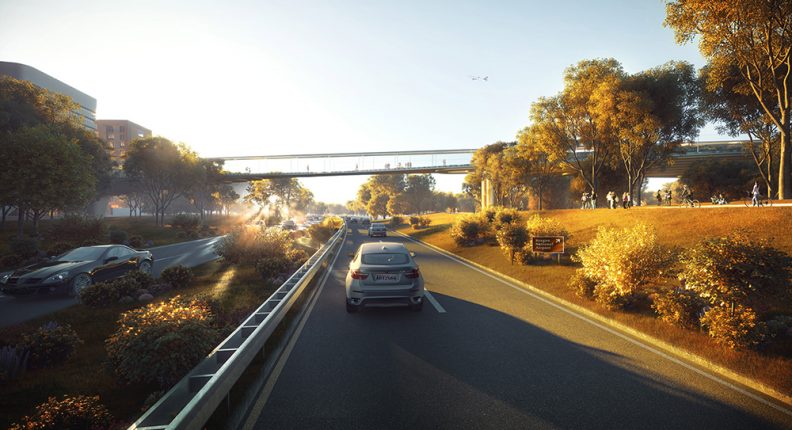 With more than 23 million annual passengers and 9,000 workers, the
airport is a powerful economic development engine for the area, providing
convenient air travel to business and tourist destinations around the country.
The airport’s presence plays an important role in the success of Crystal City’s
hotel district—the largest in the region outside of downtown DC with 5,800
rooms—and in its attractiveness to corporations and associations with
significant travel needs.

Despite this already powerful economic differentiator, the Crystal City
BID saw an opportunity to further leverage the airport’s proximity to Crystal
City by bringing it a few steps closer. More than simply offering a shorter
walk, a new pedestrian connection between the Airport and Crystal City’s
downtown main street could harness the multitude of transportation assets in
Crystal City, seamlessly link them into a multimodal hub, and position the
neighborhood to attract additional rail service such as Amtrak, regional
commuter rail, and even a future high-speed rail station. The connection would
dramatically strengthen the airport as an economic development catalyst and
offer a key amenity for tenants, residents, and hotel guests.

The BID’s process was carefully crafted to bring approximately 25
stakeholders, each with different and even conflicting missions, to the table
in the spirit of collaboration and open dialogue. The resulting feasibility
study declaring the concepts efficacy as well as the prepared illustrative
concepts and set of core recommendations initiated a regional conversation
about the possibility of a new kind of transportation investment – one that
captured the imaginations of the general public, media, elected officials, and
even Amazon.