Transit as a Solution for Downtown 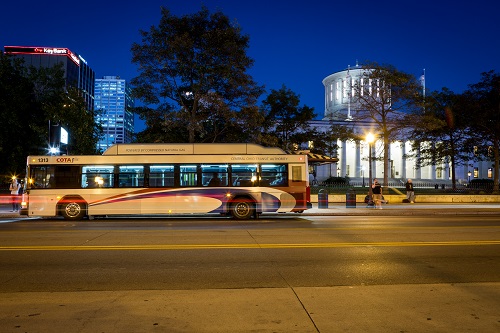 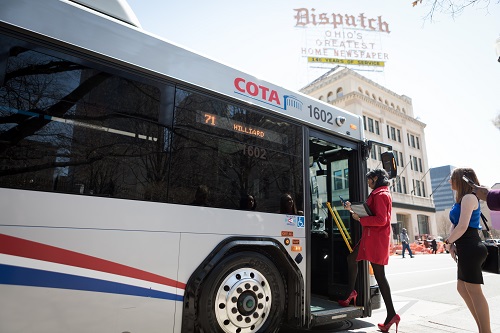 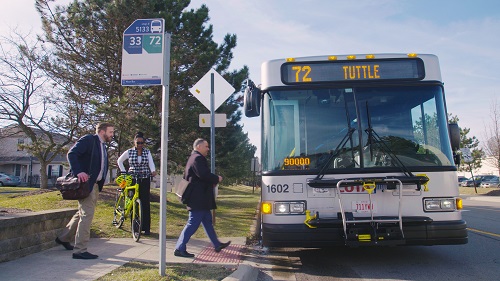 An innovative program in downtown Columbus, Ohio has stimulated commercial leasing, reduced employee turnover, doubled the use of transit among the pool of eligible employees, and prevented the emission of more than 6.8 million pounds of CO2 per year. Launched and funded by downtown property owners, Downtown C-pass allows eligible companies to offer free, unlimited transit to their employees. More than 440 companies take part in the program, including the 50 largest employers in the eligibility area. Over 15,000 employees are enrolled, representing more than half the eligible workforce of 30,000.

The program stems from a parking crisis. Columbus is the 14th largest city in the US and one of the largest metro areas without rail transit. Its citizens rely heavily on private vehicles for their daily commute. In the 2000s, surface parking lots downtown were being redeveloped for office and residential use, and single-occupancy vehicle commuting was on the rise. The scarcity of parking discouraged businesses from leasing space downtown and caused headaches for existing tenants trying to hire and retain employees. Vacancy increased as businesses chose to locate elsewhere.

Capital Crossroads Special Improvement District (CCSID), an association of more than 500 commercial and residential property owners in the core of downtown Columbus, looked for solutions to the parking shortage. Several parking options were explored, but none were practical or cost-effective. Instead, the organization developed a program that incentivized the use of public transit to reduce reliance on personal vehicles, provide a unique employee benefit, and boost office leasing.

CCSID is the first special improvement district in the country to fund transit use through assessments. Local, national, and international media have published several dozen articles about the program, including three supportive editorials in Columbus’ daily paper, The Columbus Dispatch. and a feature story in the London Guardian.

Transit as a Solution for Downtown Parking, Office Leasing and Employee Turnover