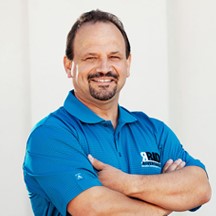 Randy Pshebylo (She-buy-low) is the Executive Director of the Riversdale Business Improvement District in Saskatoon, Saskatchewan, Canada. He became involved with the Riversdale BID in 1992 as a volunteer board member, and served as Chair for seven years before becoming Executive Director in 2007. He has participated with the IDA since 2001. Enjoying his 41st year working on 20th Street West in Saskatoon and honorary title of the “Mayor of Riversdale” his passion for good news stories in his Business Improvement District lead to his constant presence with news interviews. One local cable provider believed he should seize the opportunity to be the “Volunteer Community Access Producer for a Broadcast Distribution Undertaking for Shaw Cablesystems General Partnership”. Randy calls it a Talk Show Host. He started in-studio interviews with topics of interest to the wider community in 2014 and has had over 150 guests for the television market of 300,000 in this volunteer role, and attributes all his success to being Carolyn Dellutri’s second favorite IDA ELF 2016 graduate.