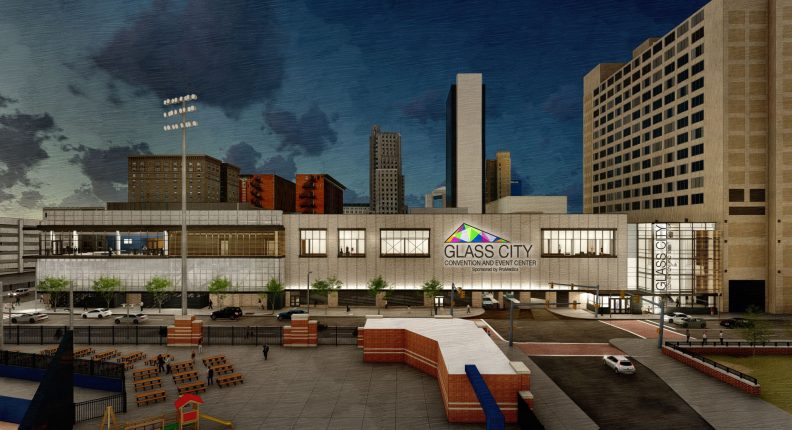 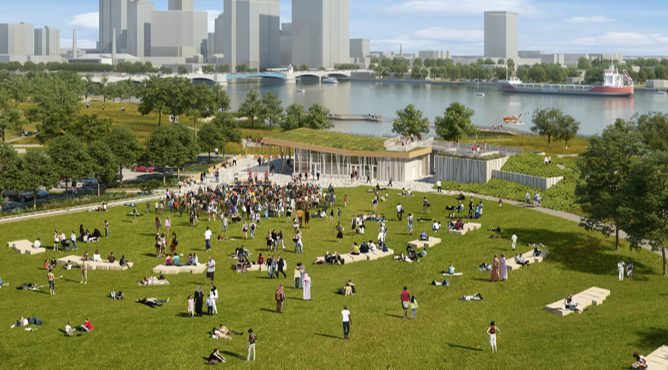 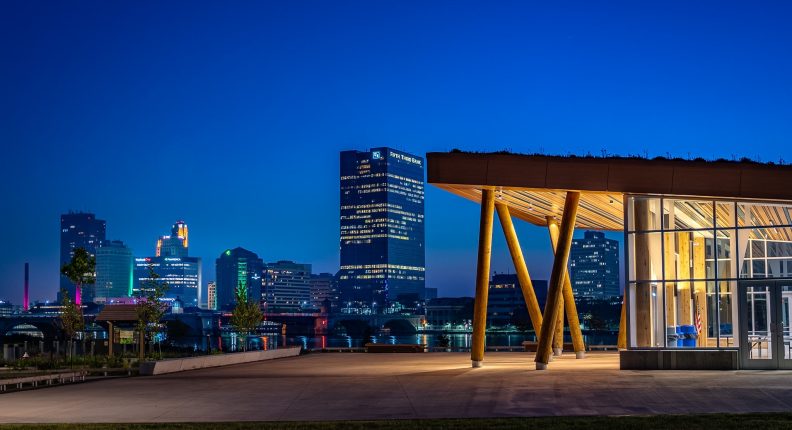 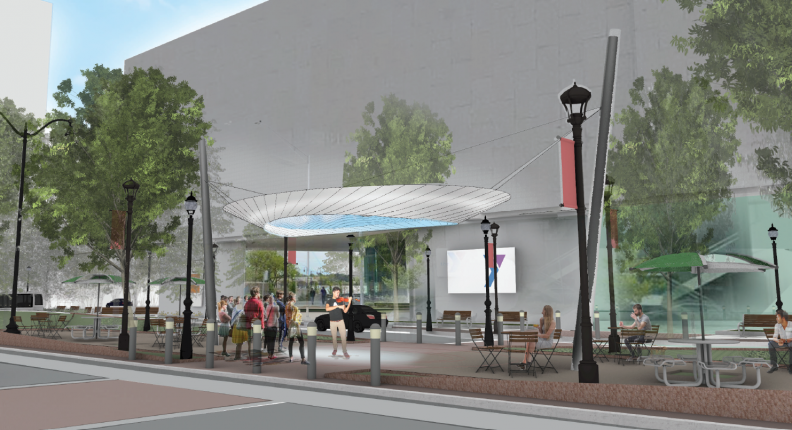 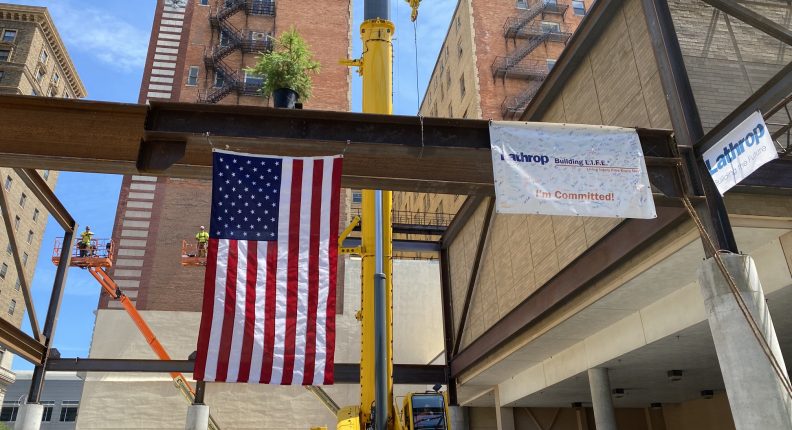 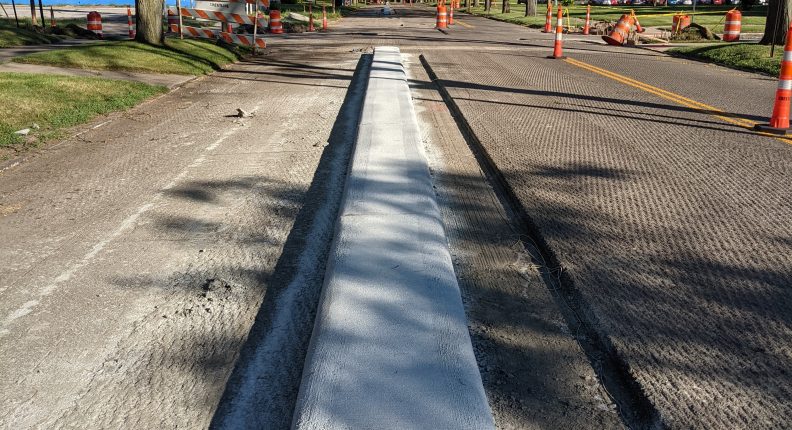 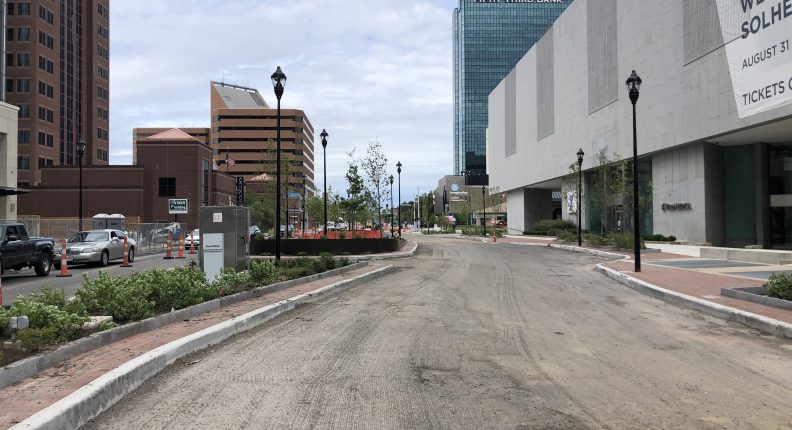 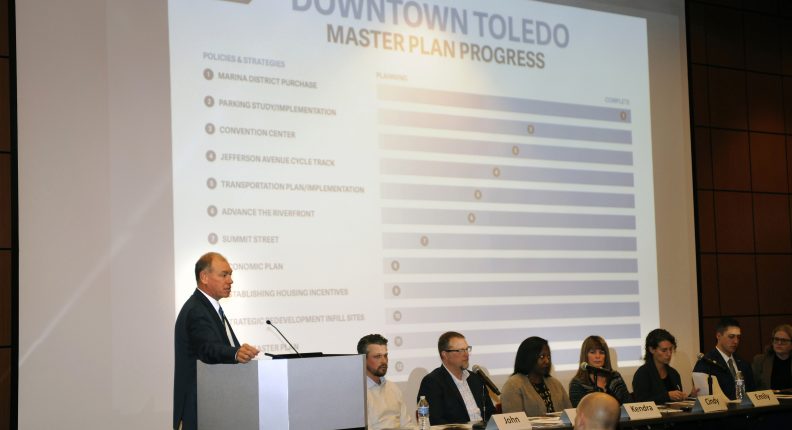 The Downtown Toledo Master Plan was undertaken as a collaborative and inclusive process, assembled by a broad coalition of public and private sector leaders desiring to improve a struggling downtown. The public was encouraged to participate in three public meetings, submit ideas online and visit several pop-up community input locations, resulting in more than 1,000 ideas and comments. The plan created a community-driven vision for future growth that has led to the dramatic revitalization of downtown Toledo.

The Downtown Toledo Master Plan built on existing momentum with a bold vision of a completely rebuilt, accessible and activated riverfront that connects both sides of the Maumee River and identifies new opportunities for downtown and neighborhood reinvestment. The plan extends beyond a vision – outlining 12 Priority Action Items that identify catalytic projects to transform downtown and the policies to support them. For example, it identifies the public/private partnerships required to reinvent the riverfront; makes the case for economic incentives necessary to spur continued residential development in downtown; develops the street typology framework for new mixed-use development; and provides an economic baseline for downtown to grow jobs and attract talent. Since the plan was completed in early 2017, more than $244 million of catalytic projects have been completed and another $425 million of investments are funded and underway. With a new vision for downtown, a renewed culture of planning and participation, and a broad coalition working to implement the plan, there is no doubt that Toledo’s greatest days are ahead.