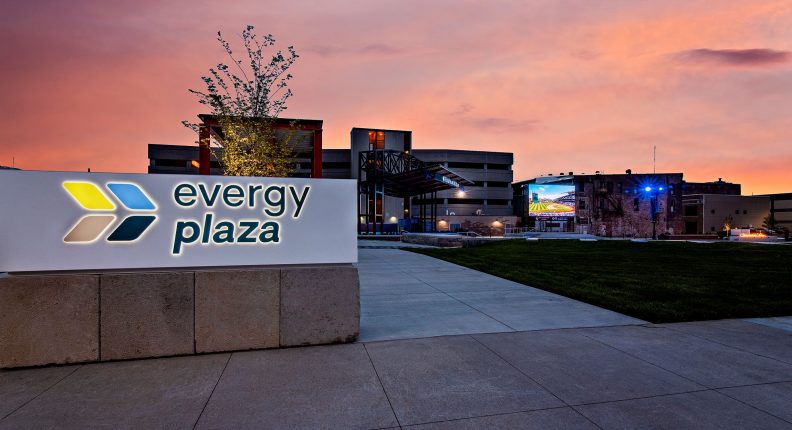 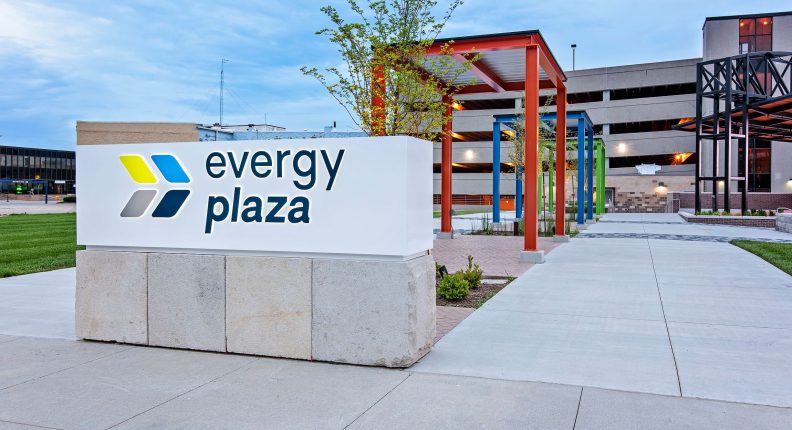 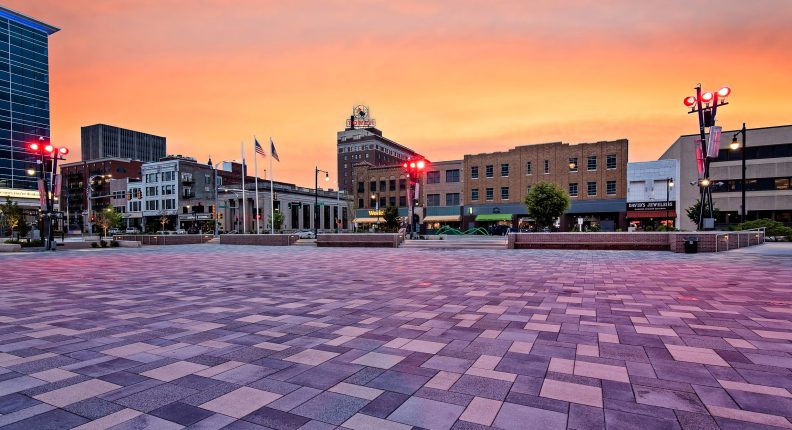 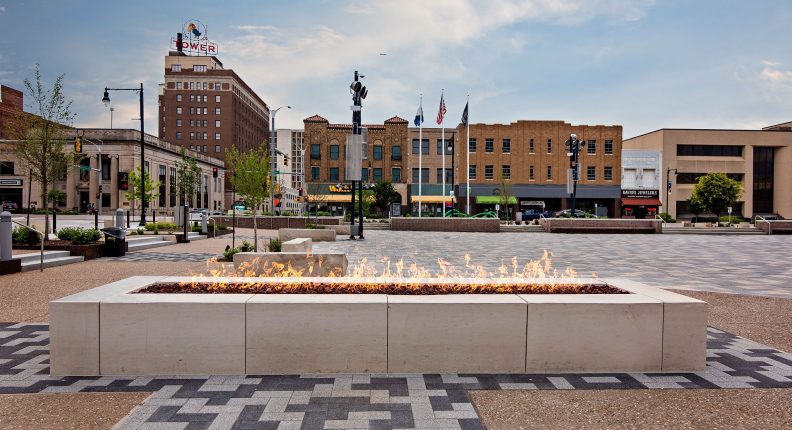 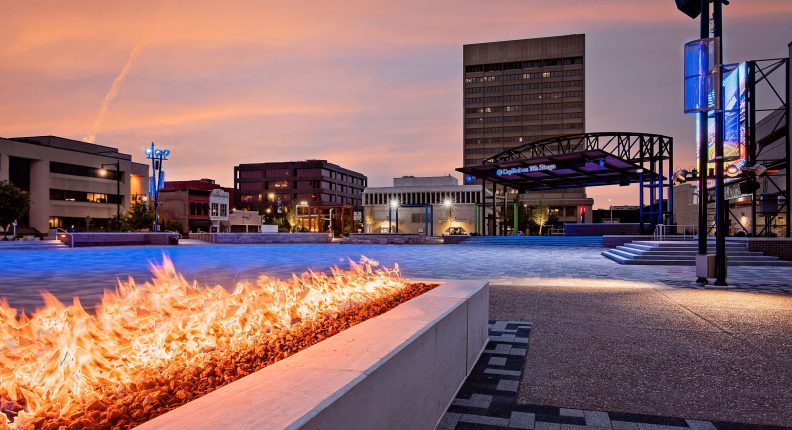 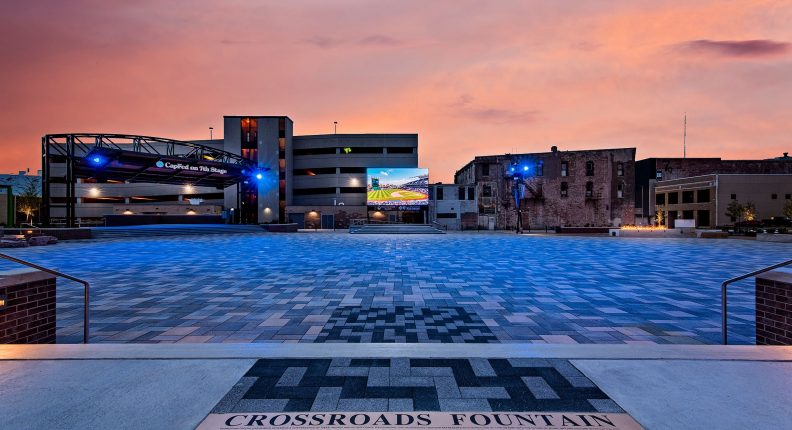 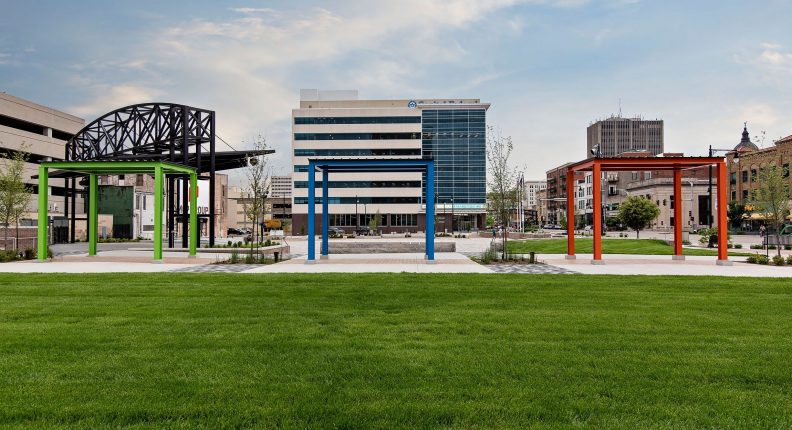 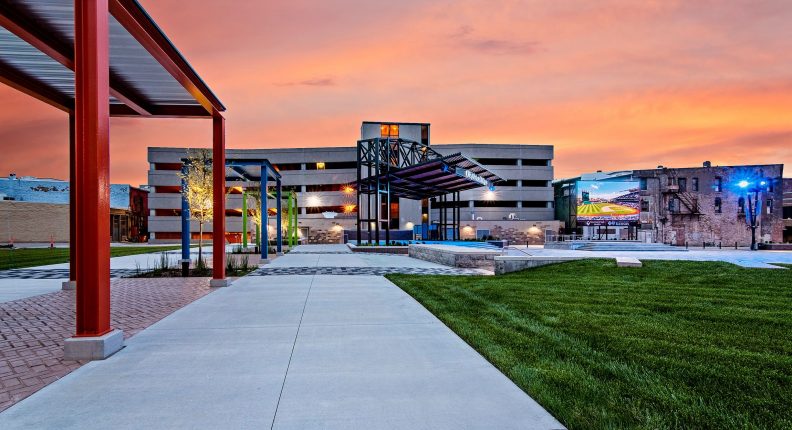 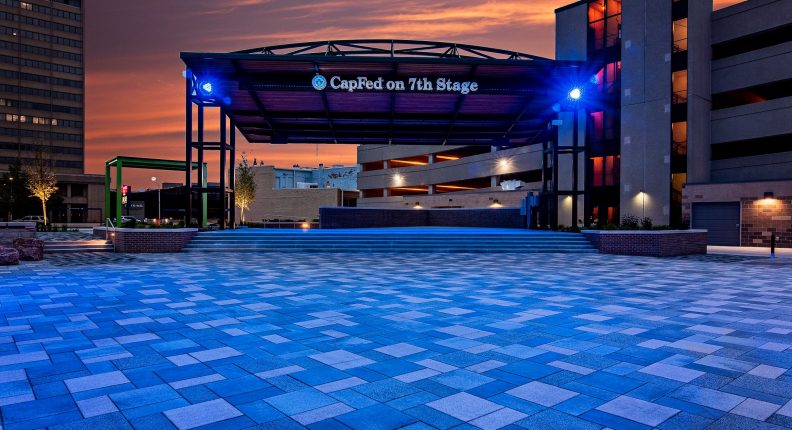 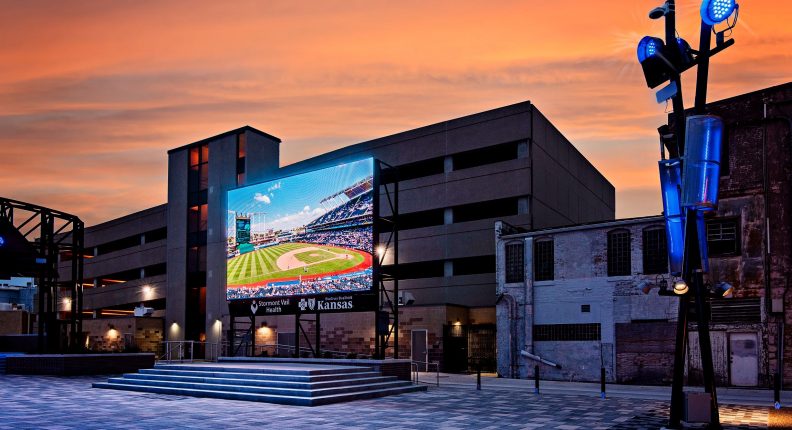 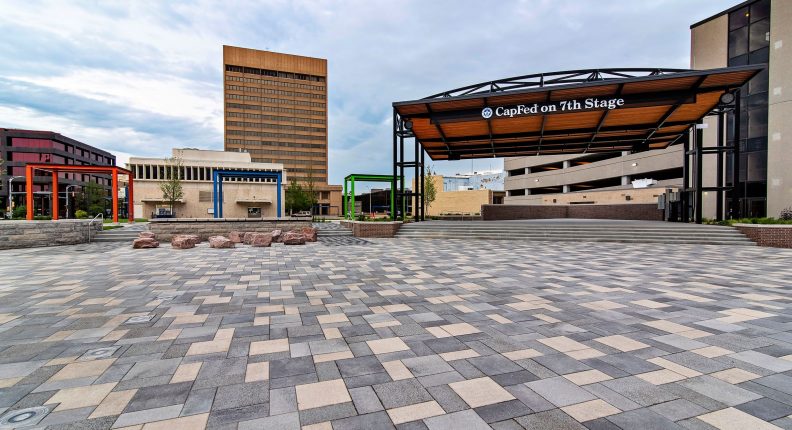 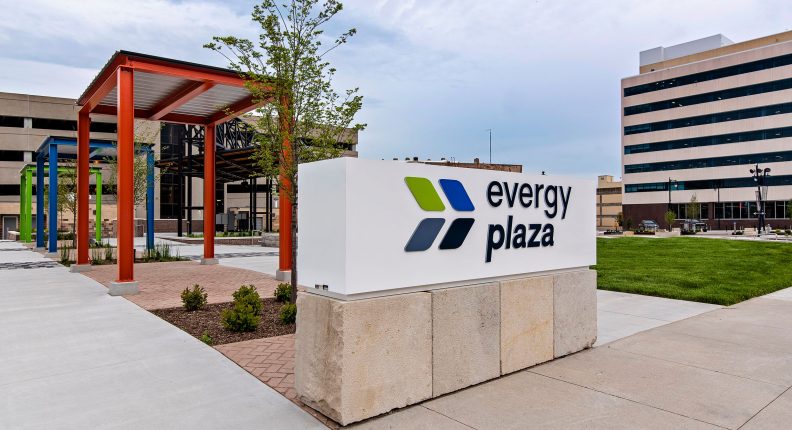 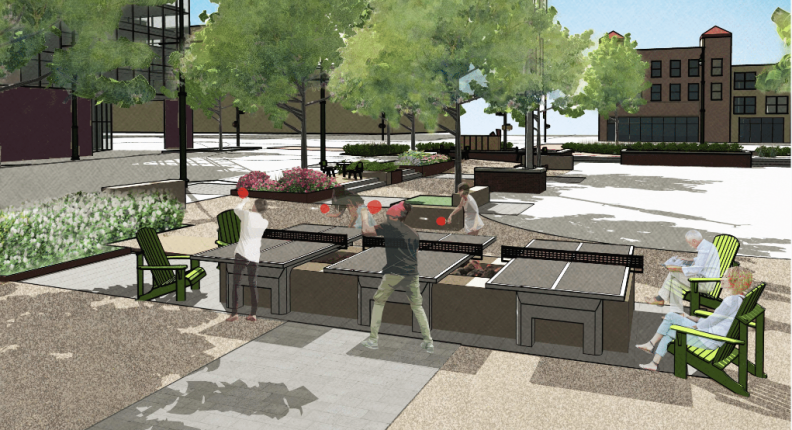 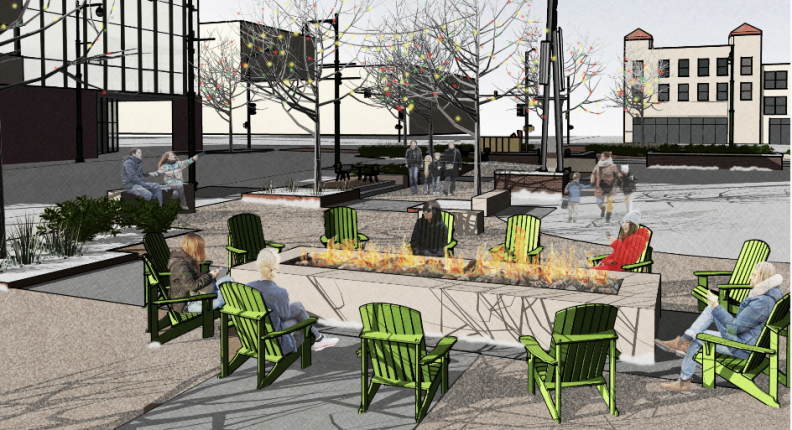 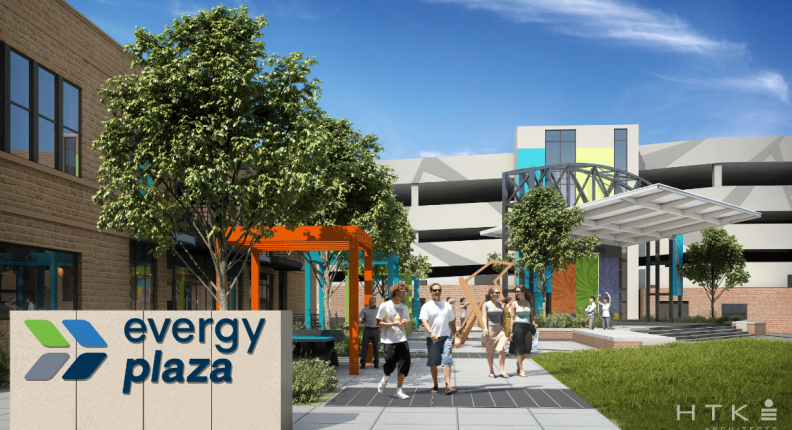 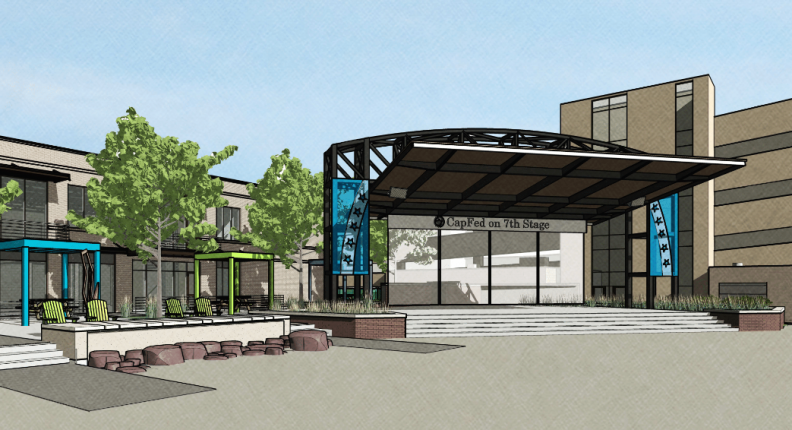 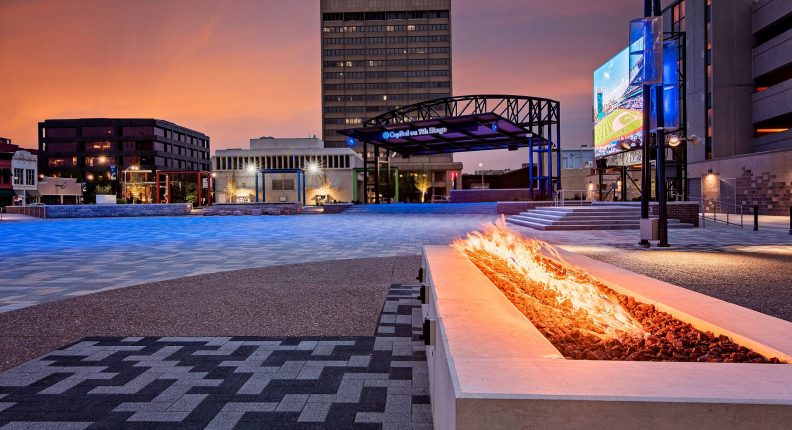 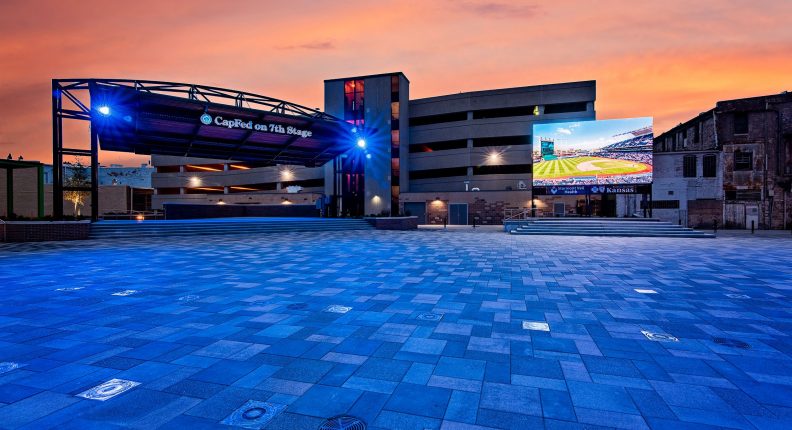 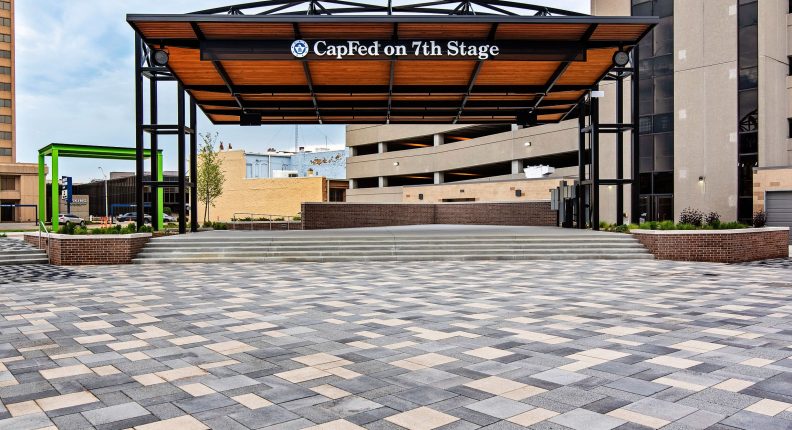 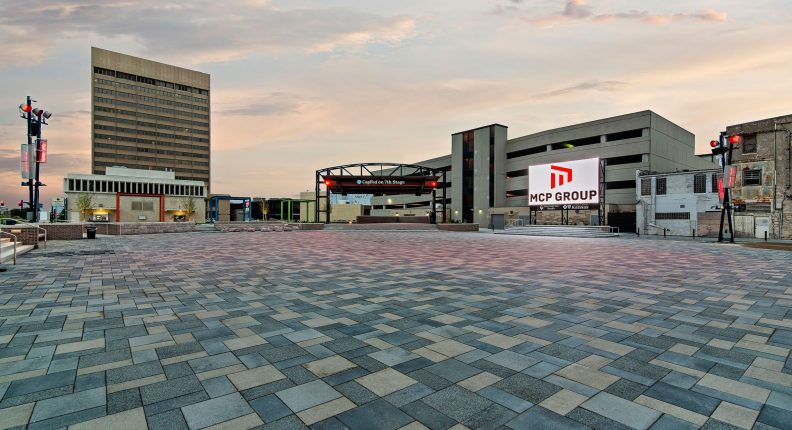 In 2014 community leaders were presented with a consultant’s findings on how to recharge downtown Topeka, and the primary recommendation from that study was to build a community space where the citizens could come together and take pride in the heart of their city. In January of 2017, momentum for the downtown plaza caught on in Topeka when Roger Brooks was asked to be the keynote speaker at the annual Downtown Topeka Inc. banquet. After the groundwork laid by the Topeka Lodging Association the Downtown Topeka Foundation stepped in to the role of owner and developer. With the Downtown Topeka Foundation leading the project, Capitol Federal Savings and Loan and Evergy stepped in to donate $2.5 million. In addition to major donations from the community, the Joint Economic Development Organization in Topeka committed to a $1.250 million donation. The downtown plaza was now a reality for Topeka. In January of 2019, construction officially began on what would soon to be known as Evergy Plaza. Evergy Plaza will host hundreds of events and programs a year. Events range from fitness classes to family movie nights, to sports watch parties and concerts. The Evergy Plaza is home to; CapFed® on 7th Stage, Crossroads Fountains, Digital Board and small stage (sponsored by Stormont Vail Heath and Blue Cross and Blue Shield of Kansas), Mars Wrigley Courtyard, 3 shade pavilions, a 16-foot fire pit and many other attractions. Evergy Plaza is owned by Downtown Topeka Foundation and operated by Spectra Venue Management. The mission of Evergy Plaza is to create a vibrant “gathering place for all” in the heart of Downtown Topeka. Evergy Plaza offers programming that is rich in appeal, cultural heritage, arts and entertainment, as well as host large events, concerts, and festivals intended to increase the economic vitality of downtown Topeka.