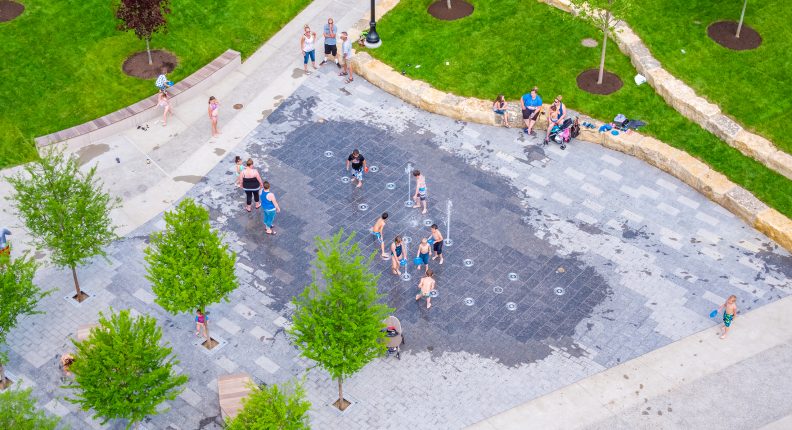 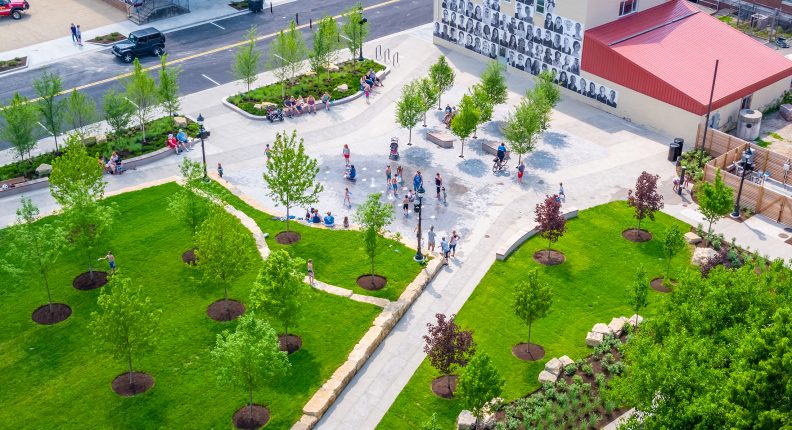 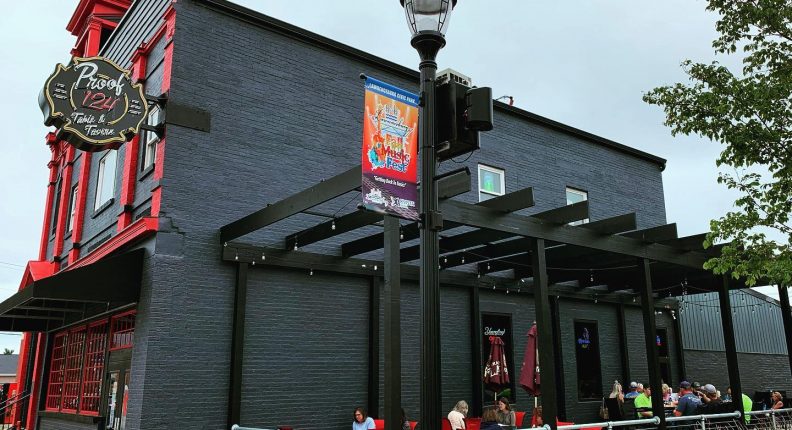 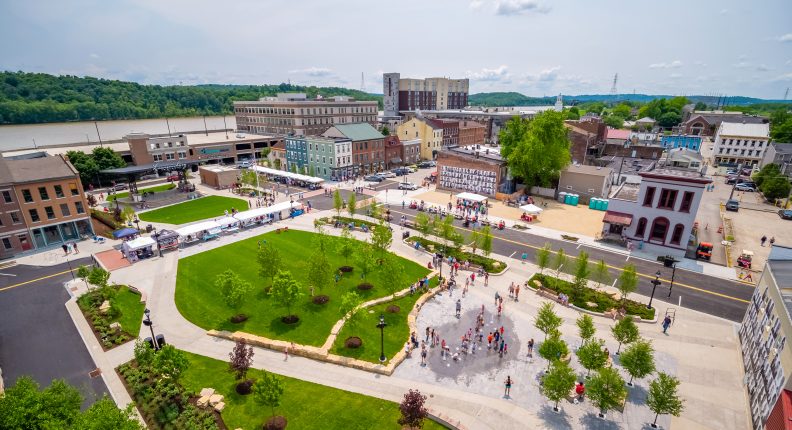 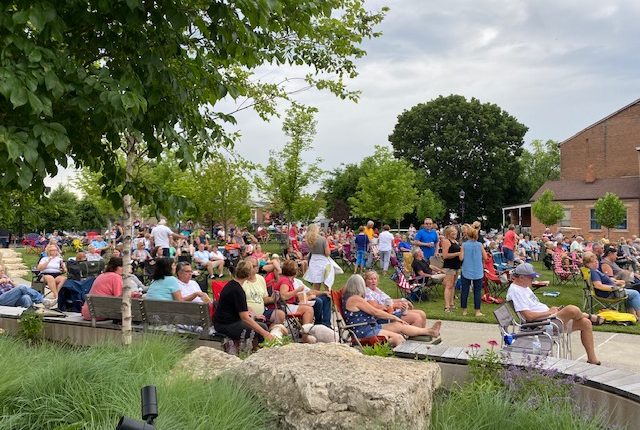 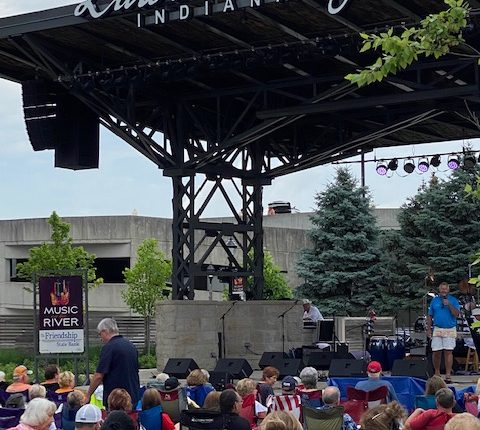 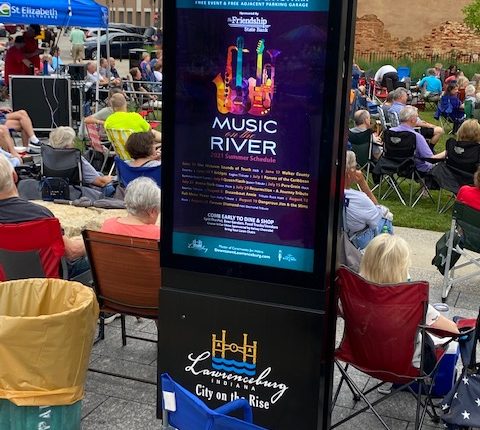 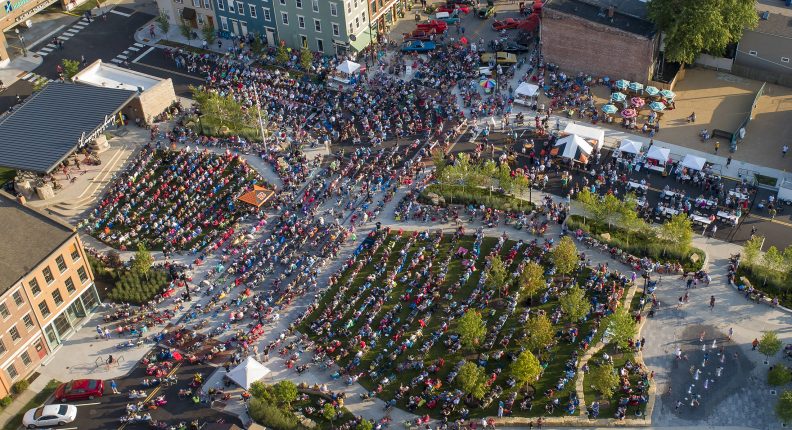 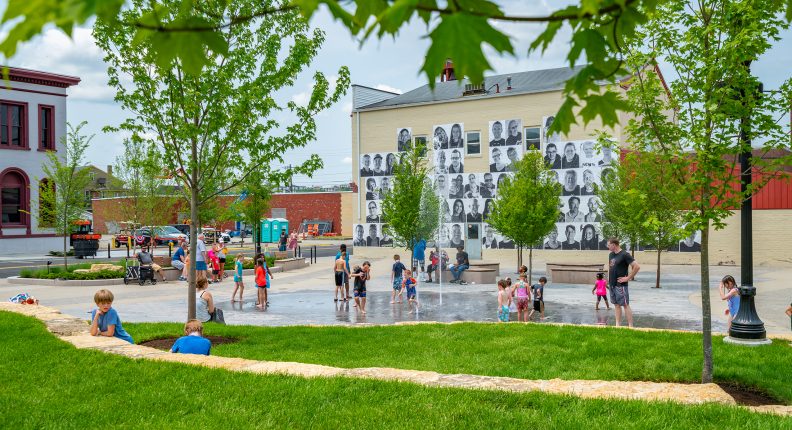 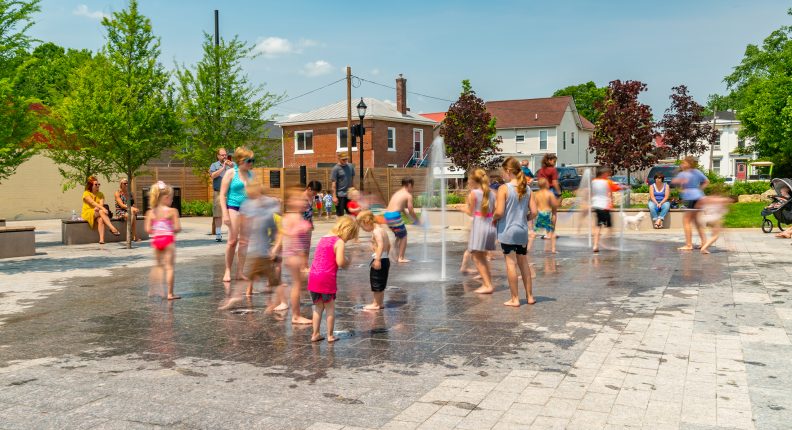 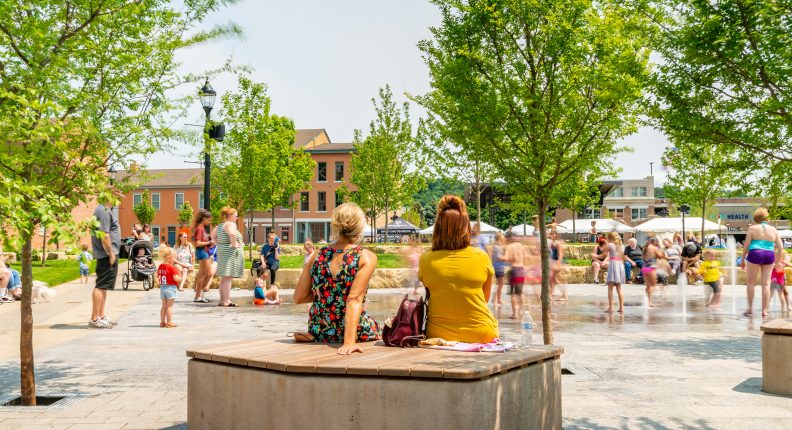 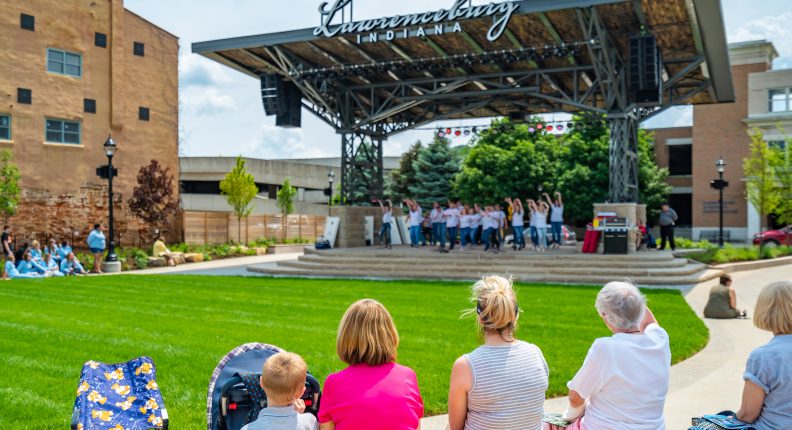 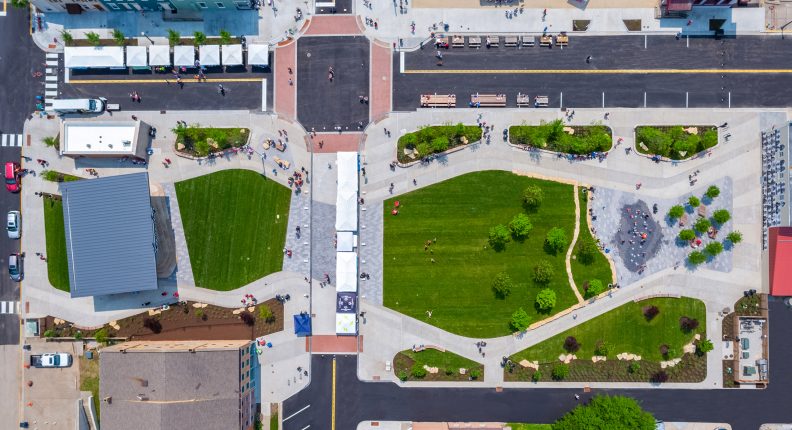 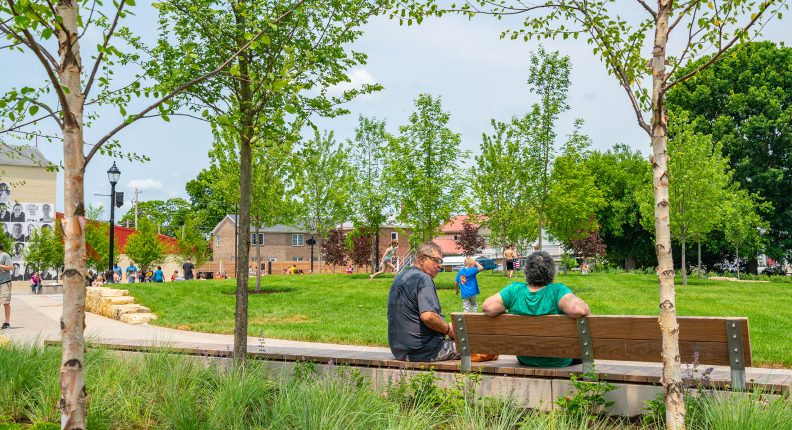 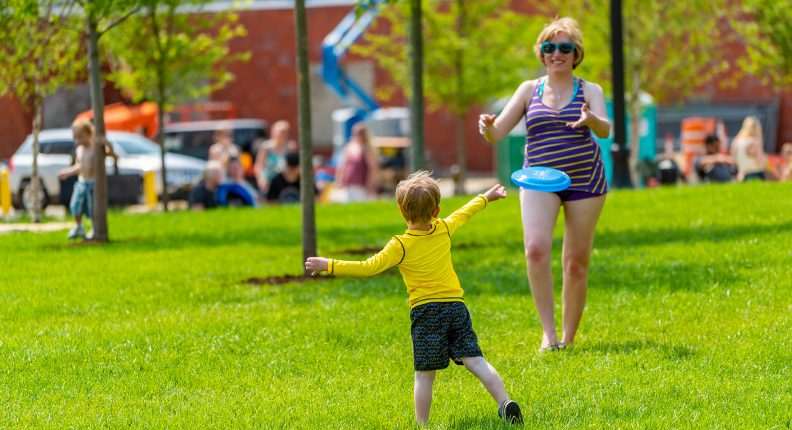 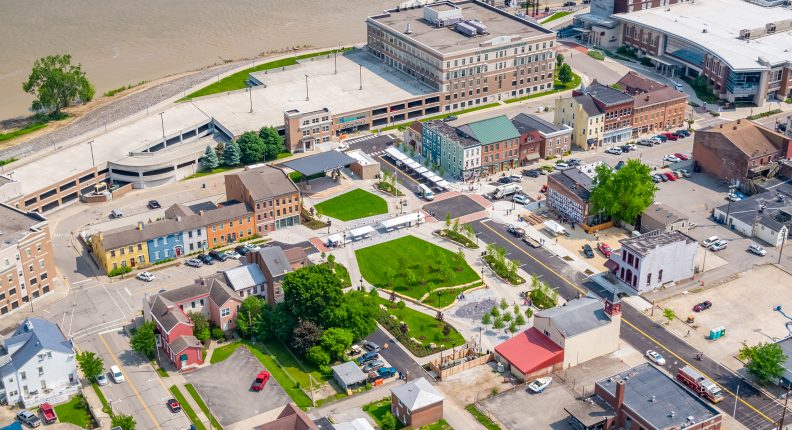 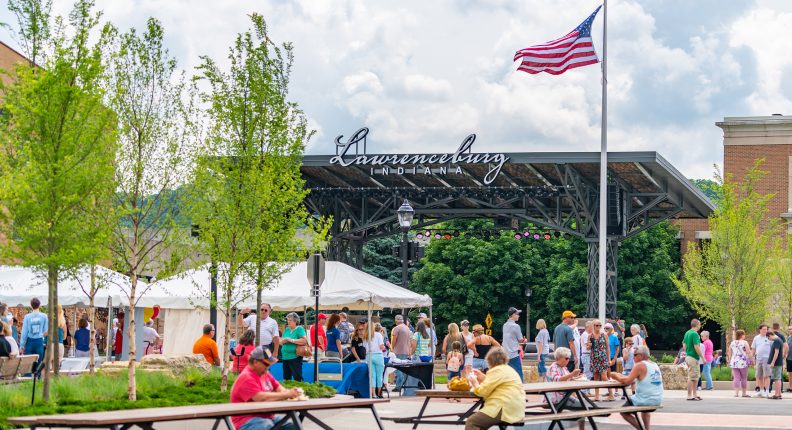 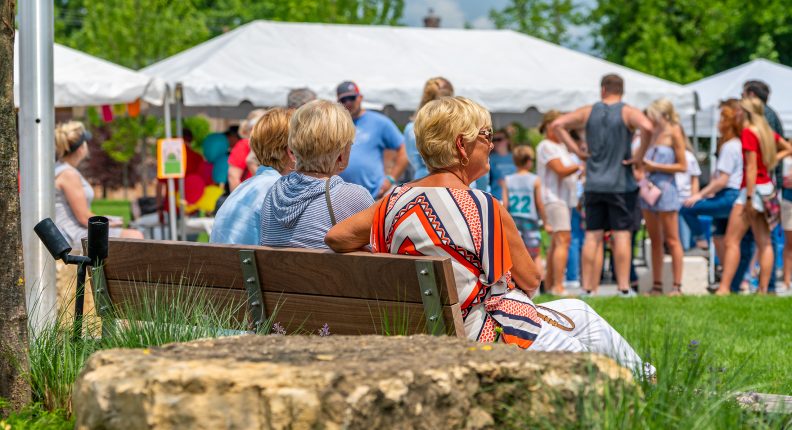 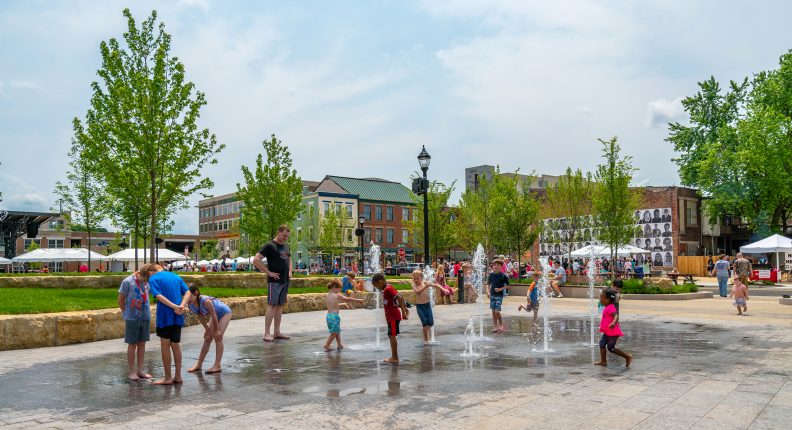 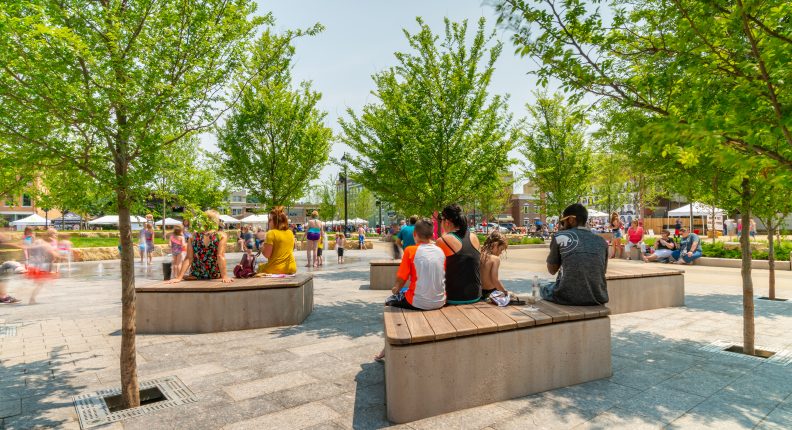 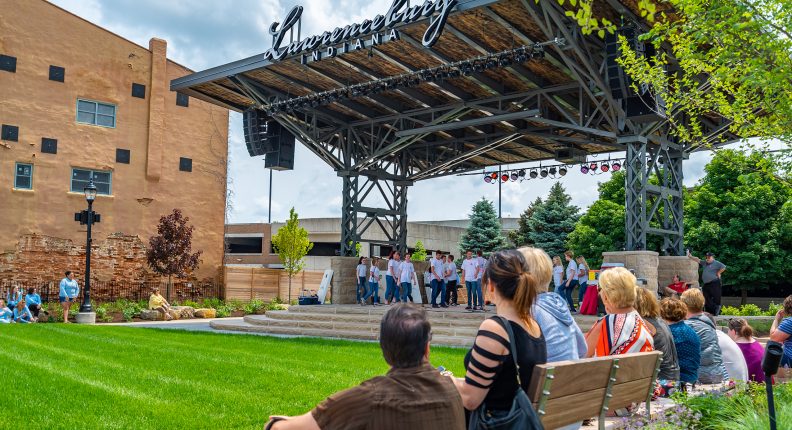 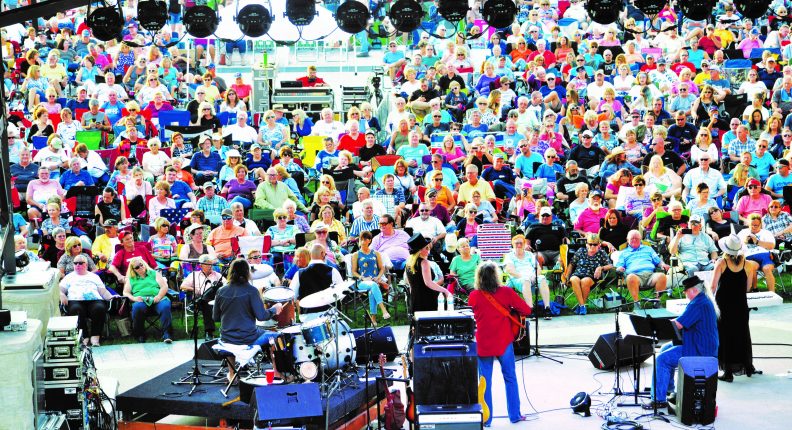 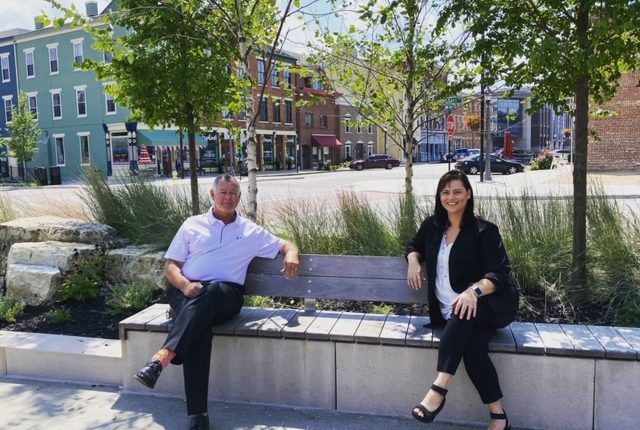 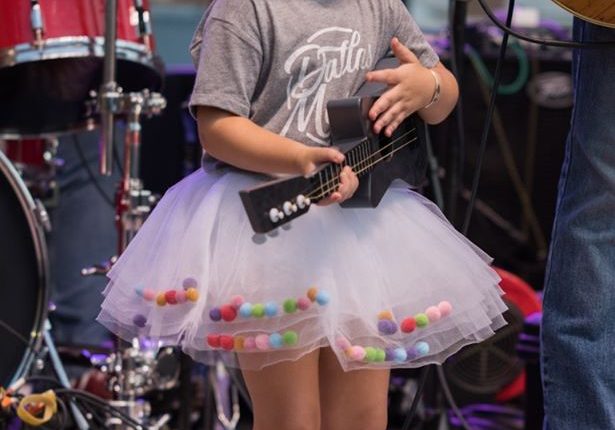 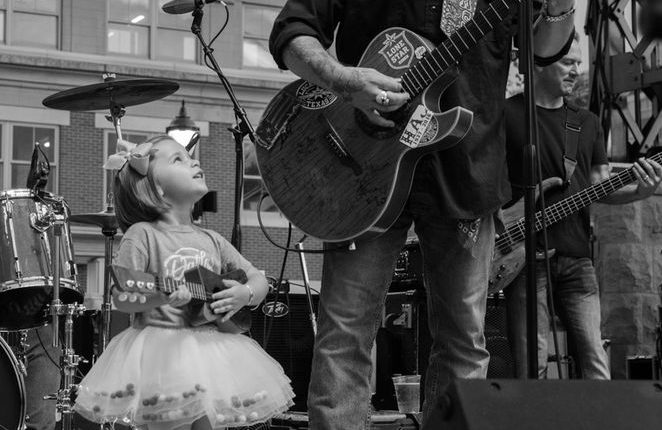 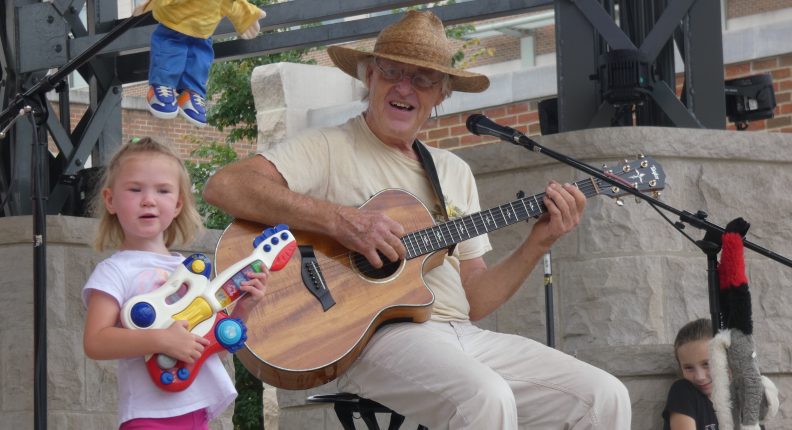 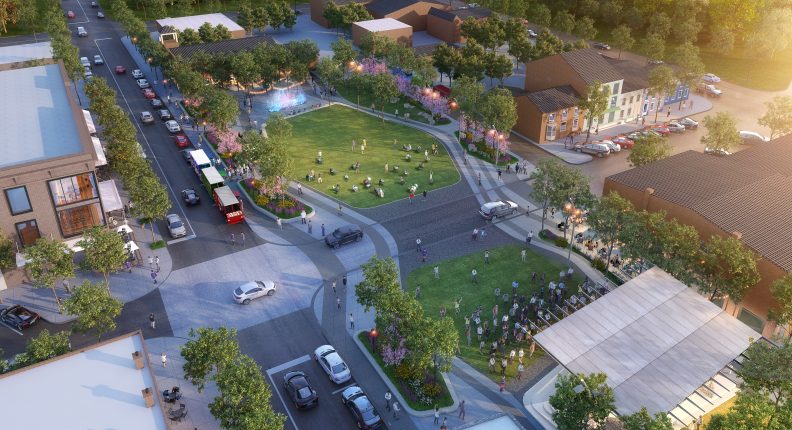 Celebrated as a regional destination and center for the community, the new Lawrenceburg Civic Park dramatically re-presents the once fragmented vehicular landscape into a unified series of settings for people, nature, and programming. What was once 1.5 acres of paved parking lots is now a public space that fills a critical need in the city’s existing public open space, promotes the development of a “Riverfront Cultural and Entertainment District,” and provides a regional destination as an outdoor entertainment venue.

The composition of form, materials, and flora in the park is informed by and responds to the southern Indiana Ohio River corridor landscape — the flow and currents of the river, the iconic native limestone found throughout the region, the movement of people walking, running and playing through and within the space, and the waves of sound that stream from music, voices, and migrating birds and wildlife that participate and animate the urban context of Lawrenceburg, Indiana.

The centerpiece of the park is a first-class performance stage, with architecture that draws from the industrial bridges that are typical along the Ohio River and a ceiling clad in old whiskey barrels, celebrating Lawrenceburg’s “whiskey city” heritage. The stage was planned to host Music on the River and to expand the programming opportunities at the Lawrenceburg Event Center.

Additional programming for the park includes a series of activities ranging from passive outdoor recreation to regular events including Taste of Summer, Lawrenceburg Summer Fest, Fall Fest, Movies in the Park, and Exercise in the Park.