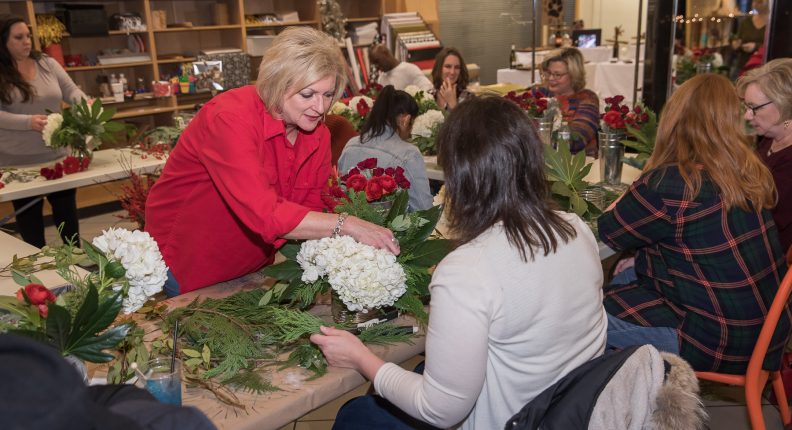 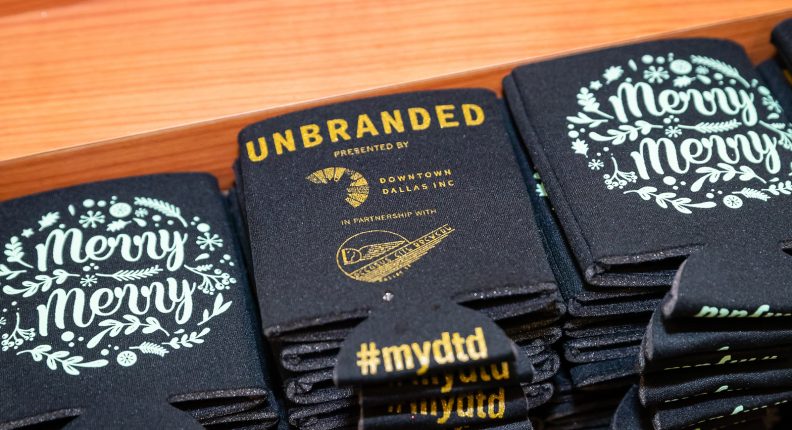 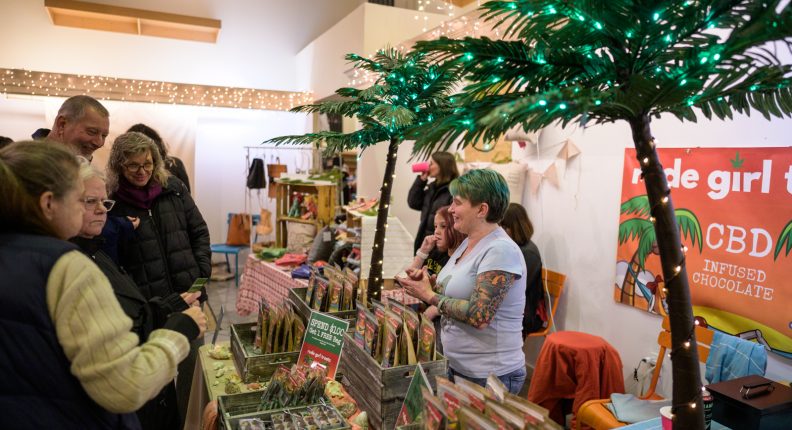 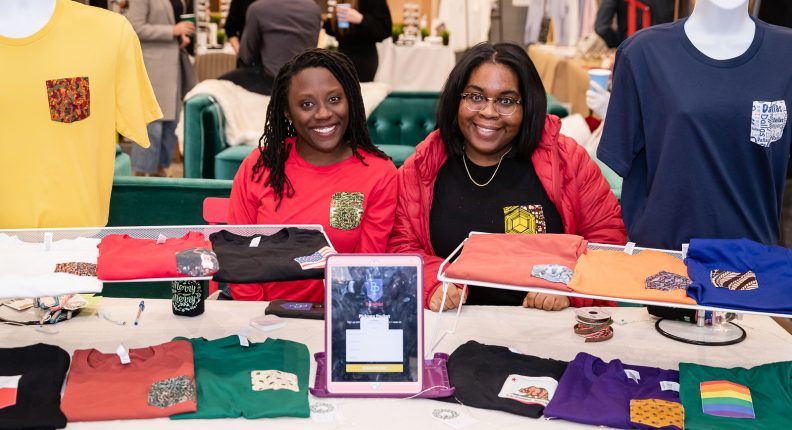 Unbranded is an experimental pop-up shop showcasing the finest work of Dallas’ robust creative community. Sponsored by Downtown Dallas, Inc. (DDI) throughout the past five holiday seasons, Unbranded brings together a unique, diverse group of vendors – typically local artists, artisans, and designers trying to expand their small, often online-only businesses – each year to provide a special, one-of-a-kind shopping experience for all Downtown residents, employees, and visitors. DDI’s goal for Unbranded is to reinvigorate and sustain active uses in underutilized storefronts throughout Downtown, creating a vibrant urban experience for all. Therefore, DDI hosts Unbranded in vacant storefronts – critical impediments in creating an active, vibrant pedestrian experience in Downtown Dallas – in an effort to (re)activate these oft-neglected, unused ground-floor spaces. As a retail incubator, Unbranded is intended to prove to local developers (and the commercial real estate community) that retail is a viable – and sustainable – activity in Downtown Dallas (or elsewhere), especially in conjunction with the repurposing and reactivation of vacant or underutilized storefronts. In its short history, Unbranded has yielded great results: in addition to supporting 40 local vendors every year and attracting nearly 1,500 customers each week of operation, three former vendors have established themselves in a physical storefront, proving brick-and-mortar retail a still-viable option for consumers. The most fruitful result, however, has been the execution of a long-term lease for Pegasus City Brewery, a current Unbranded sponsor, to open Downtown Dallas’ first micro-brewery and beer garden in a former Unbranded space. The partnership between DDI (via Unbranded) and Pegasus City Brewery is now bringing permanent life and activity into a storefront that has sat vacant for years, a critical aspect in creating a vibrant, exciting urban experience in Downtown Dallas.