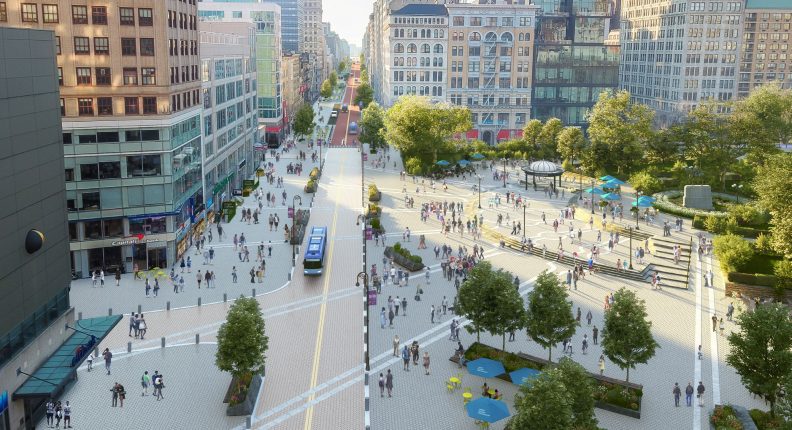 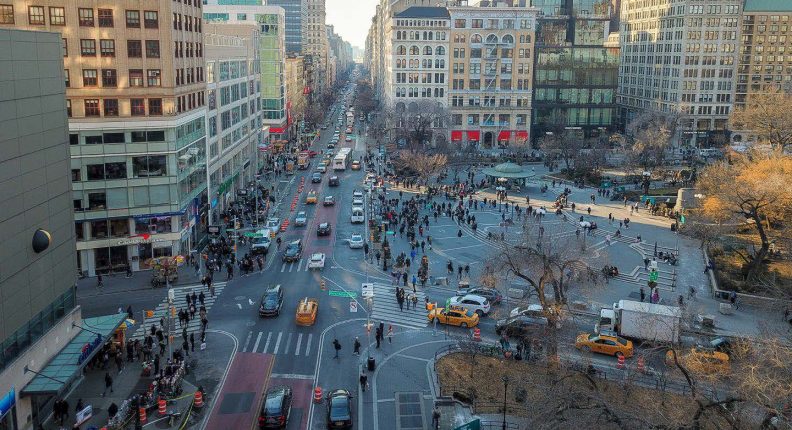 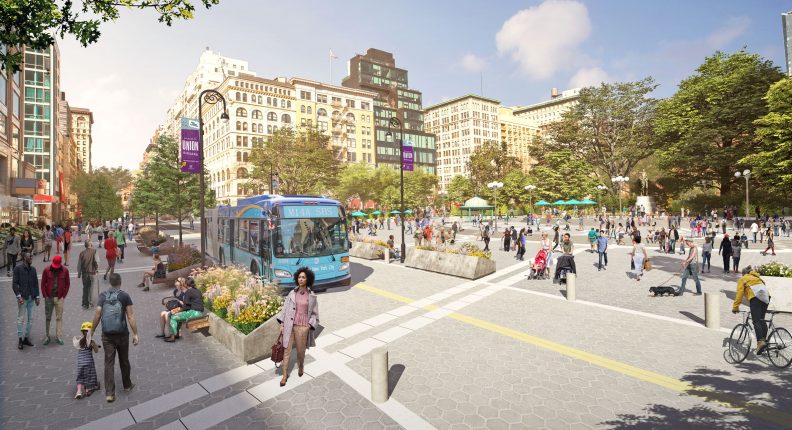 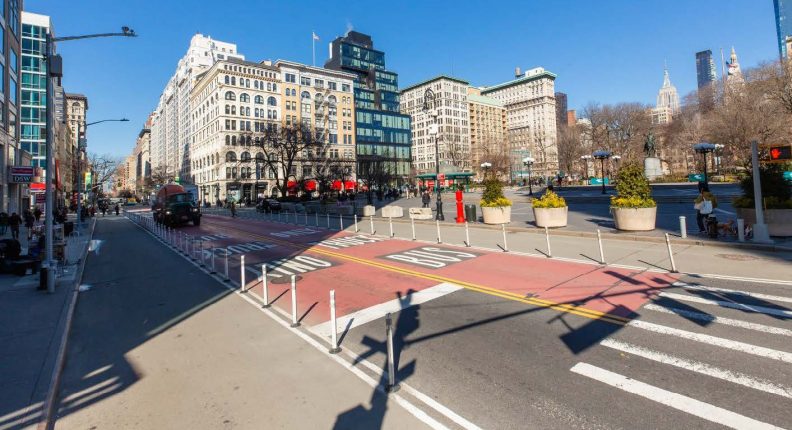 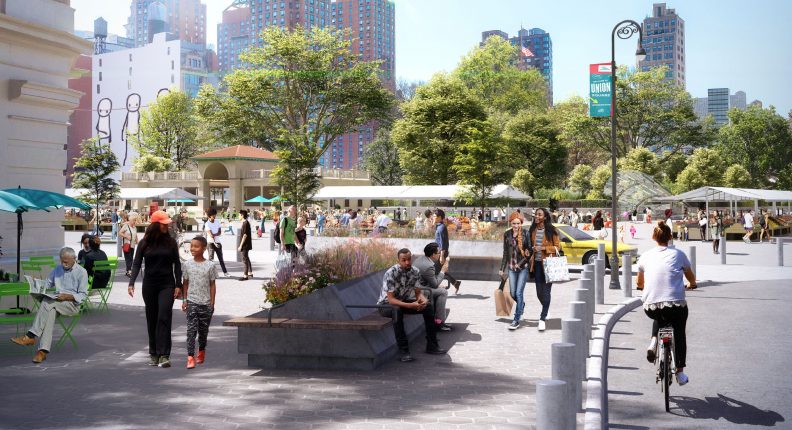 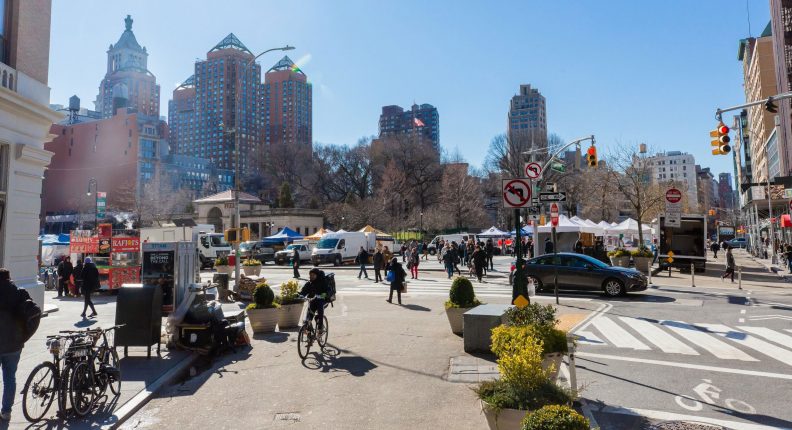 The Union Square-14th Street District Vision Plan is a long-term vision for the district and a comprehensive plan for USP’s future capital investments and public programs. The plan is a collaborative project driven by community input and developed in coordination with design consultants led by Marvel. The project kicked off in September 2018 as a multi-year neighborhood visioning and planning initiative and launched in January 2021.

The plan centers on five major projects and a streetscape toolkit that prioritizes multi-modal accessibility, district-wide connectivity, and substantial increases in open space. It leverages existing temporary design interventions and the most beloved aspects of Union Square to create a cohesive design language for the district. Key components include expanding Union Square Park to the surrounding building edges to create a 33% increase in open space; transforming 14th Street into a world-class boulevard and permanent crosstown route; unifying streetscape elements such as parklets, planter benches, trash containers, and lighting; creating a permanent gateway to Union Square at 17th Street and Broadway; and upgrading Park infrastructure including landscaping and utilities, new ADA accessible subway entrances, and improved greenmarket amenities.

In addition to the five major projects, the Streetscape Toolkit features a series of street furniture elements that can be implemented across the neighborhood. The toolkit will allow USP to pilot different small-scale interventions and collect feedback from the public experience before they are incorporated into larger, permanent construction projects.

Along with the challenge of funding this massive transformation, the vision will require coordination among multiple City agencies. Additionally, each major project will require ongoing community feedback and approval before settling into its final form. USP is confident that these challenges can be met and will dedicate the coming decades to ensuring Union Square exemplifies the public place envisioned in the plan.