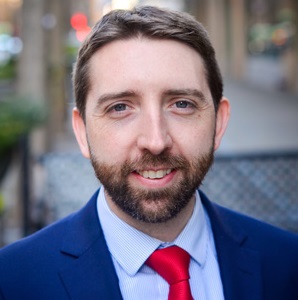 Bill King has been with the Downtown Raleigh Alliance since 2014 and now serves as the President and CEO of the Downtown Raleigh Alliance after five years as its primary Economic Developer and Urban Planner. During Bill’s tenure at DRA, he has recruited multiple grocery stores to Downtown Raleigh as well as numerous other retailers, served on the City’s Downtown Raleigh Experience Plan and Dix Park planning committees, authored DRA’s State of Downtown Raleigh Report, and started a retail grant program to incentivize new shops, and built a successful pop-up retail program. Bill has a Masters of Public Administration degree from the University of Georgia and a Masters of City and Regional Planning, Transportation and Economic Development from the University of North Carolina at Chapel Hill. He is a passionate urbanist and advocate for the City of Raleigh.