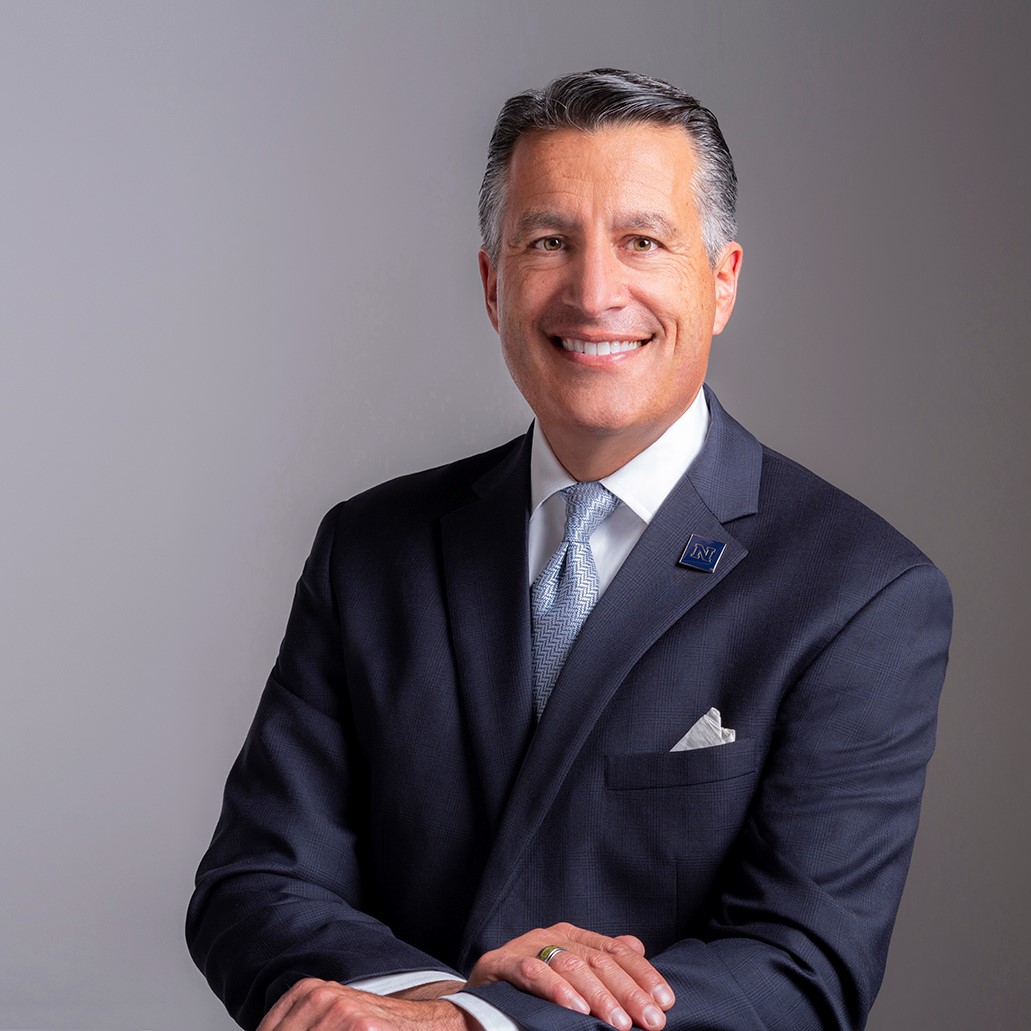 Brian Sandoval was appointed the 17th president of the University on September 17, 2020 by the Nevada System of Higher Education’s Board of Regents. He is the first person of Hispanic origin as well as the first alumnus to serve as president in University history.

Since his appointment, President Brian Sandoval has launched a number of key initiatives stressing a long-term collaborative commitment to meet the ever-changing needs of Nevada.

Previously, Sandoval was president of global gaming development for MGM Resorts International, served two terms as the 29th Governor of the State of Nevada from 2011-2019. Prior to that, he was appointed United States District Judge for the District of Nevada, becoming the state’s first Hispanic federal judge.