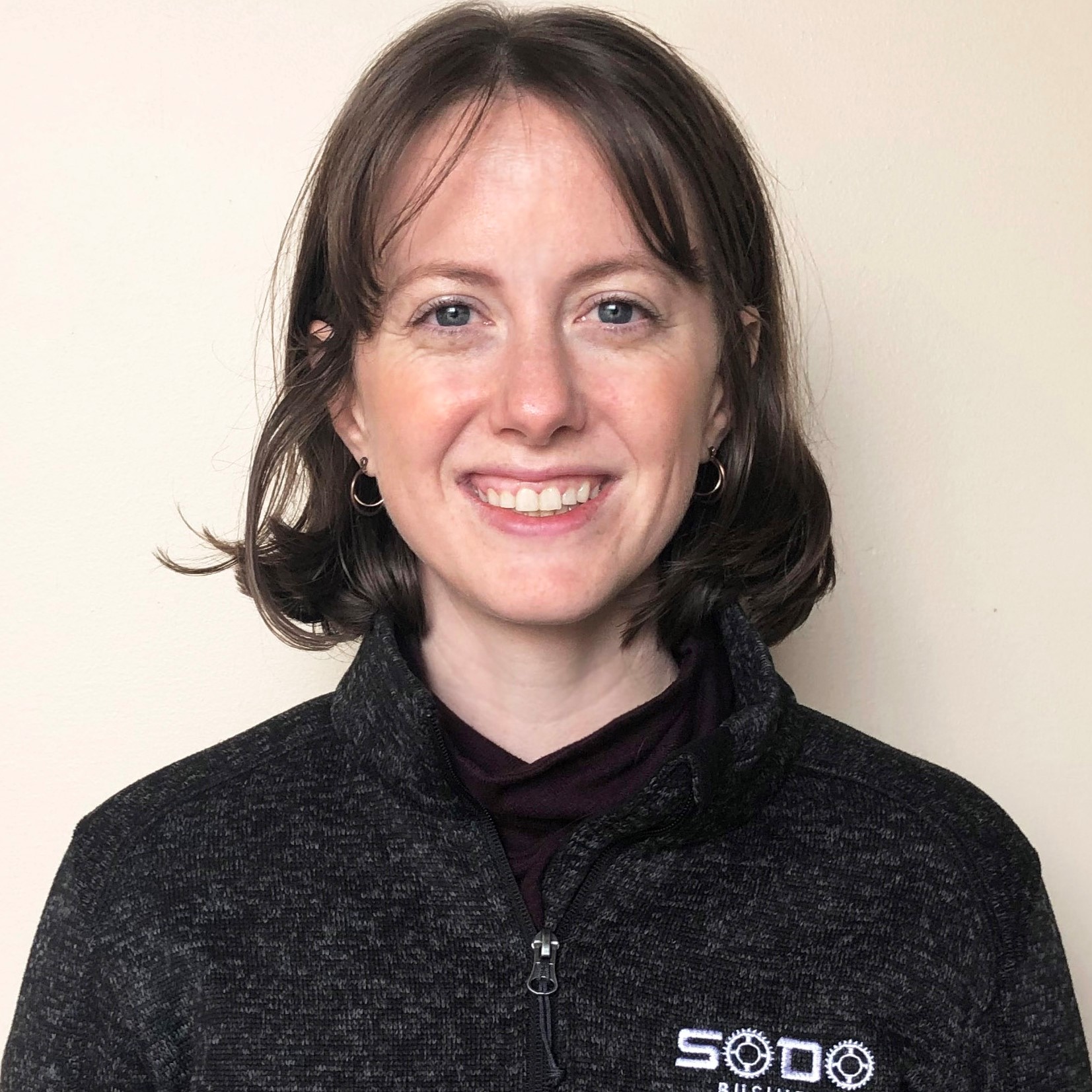 Lauren focuses on Clean, Safe, and Transportation issues, as well as programs in the areas of community development, place management, and marketing and events. She holds a Master’s in Public Administration from the Evans School of Public Policy and Governance at the University of Washington. Before joining the SODO BIA, Lauren worked with several non-profits in program and campaign fundraising, advocacy, and outreach. 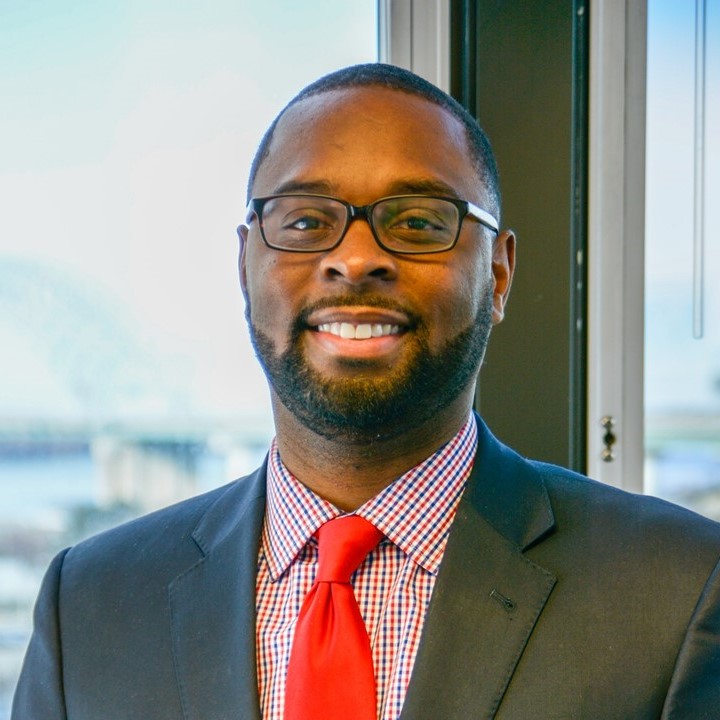 Paul A. Young serves as President/CEO of the Downtown Memphis Commission (DMC), the organization tasked with economic and community development in the CBID. In this role, Young leads the work to create a thriving Downtown district that benefits the entire region. Before DMC, Young served as Director of Memphis Division of Housing & Community Development, where he was responsible for city-wide community development initiatives, including administering over $16 million in federal and local sources annually. 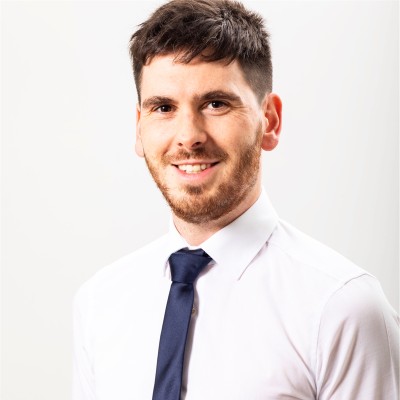 After graduating with a degree in English Literature, Ben created and runs his own events company, traveled solo across America, lived in New Zealand, set-up a social media company, and now has worked in the Place-making industry in Newcastle for 5 years. He loves to challenge himself, read, run, and to travel. He is ambitious, motivated, and goal-orientated in everything he does. Francesca Vignola is the Director of Marketing & Events for downtown New Haven, Connecticut’s Town Green District BID. After years working in nonprofit fundraising and events, Francesca was thrilled at the opportunity to work directly within and for the city she loves to live in! 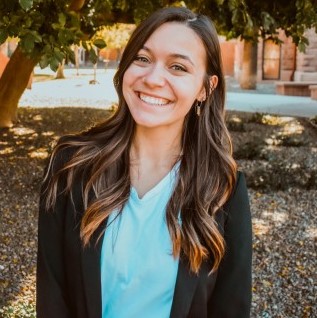 Kaitlin Thresher is the Directory of Vitality for Downtown Mesa Association. She develops and manages strategies for all marketing campaigns, promotions, and special events in the district. With a background in marketing and events for nonprofits both small and large, she focuses on projects that promote community buy-in, creative placemaking, and business development. Kaitlin holds a B.S. in Marketing from Arizona State University and is currently pursuing an M.A. in Creative Enterprise and Cultural Leadership. 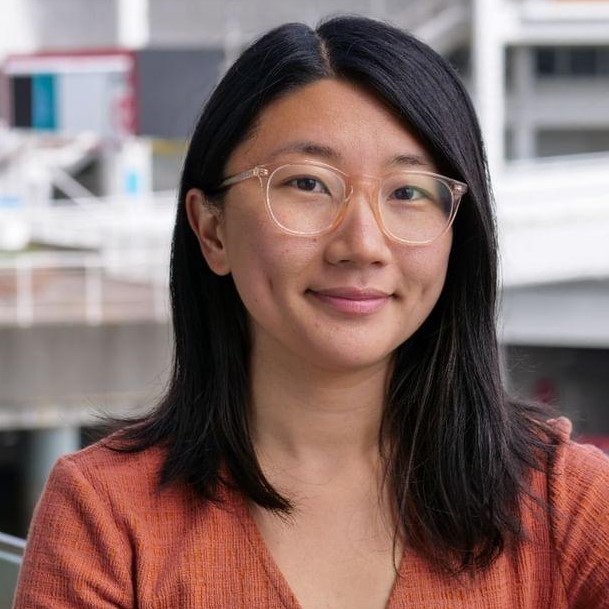 Winki Tam is the Manager of the Placemaking and Public Spaces team at the Downtown Vancouver Business Improvement Association. Growing up in Vancouver, she is inspired by the opportunity to establish vibrancy and culture in a young city. From her experiences living in Amsterdam and Hong Kong, she is especially passionate about bringing more public art, cultural festivals, and live music to downtown Vancouver. 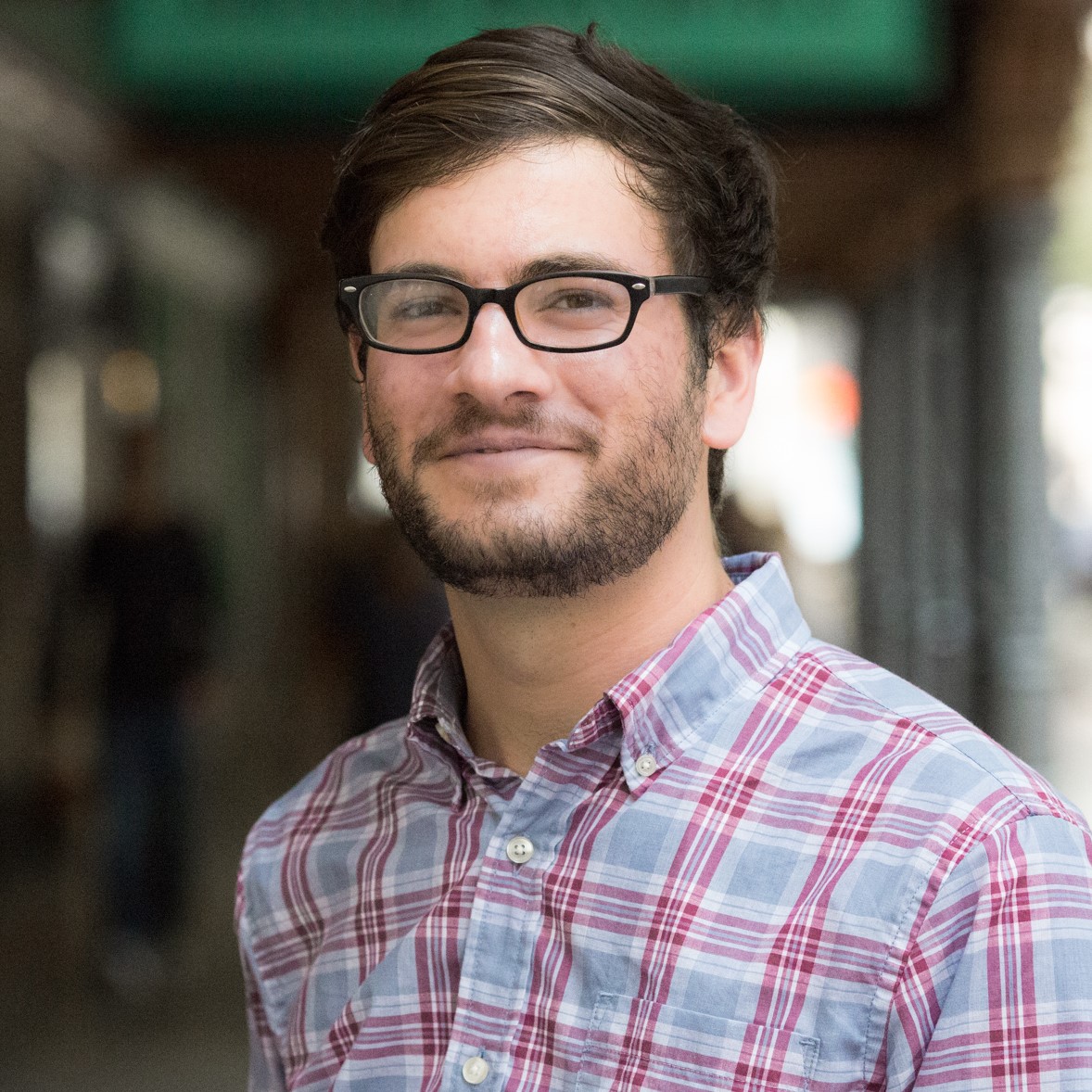 Matt Sirgo is the Director of Storytelling at Centro San Antonio. He holds Bachelor of Arts degrees in Media Strategies and Honors Arts and Letters from Texas Tech University. He is passionate about his city and its culture, and his face is featured in a downtown-area mural entitled “Let’s Fiesta”. He enjoys creating LGBTQ+ content on TikTok, where he has built a sizeable audience. 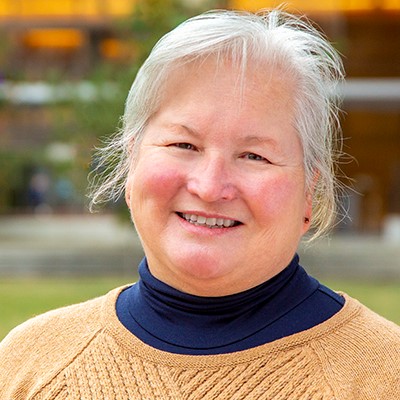 Born and raised in Colorado, I was educated and trained in the field of counseling and crisis intervention. In addition to psychology and human development, I studied the development of relationships, groups, and community. After leaving the counseling field and prior to my position at DDP, I worked in the oil and gas industry, financial industry and for an entrepreneurial manufacturer, as well as marketing in both retail and the entertainment business. 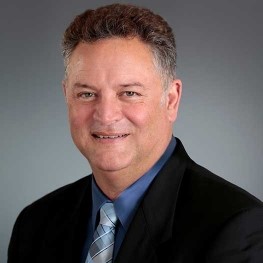 Randall Scott is an experienced place making executive, board member, and committee advisor. In 2018 Randall joined the San Francisco’s historic waterfront neighborhood. Under his leadership, the organization increased its annual assessment budget in renewal from $750K to $1.2M. Randall was also the director of services in the Union Square BID for four years where he forged relationships and directed the USBID’s safety, security, and cleanliness programs; and senior operations manager for MJM Management Group. 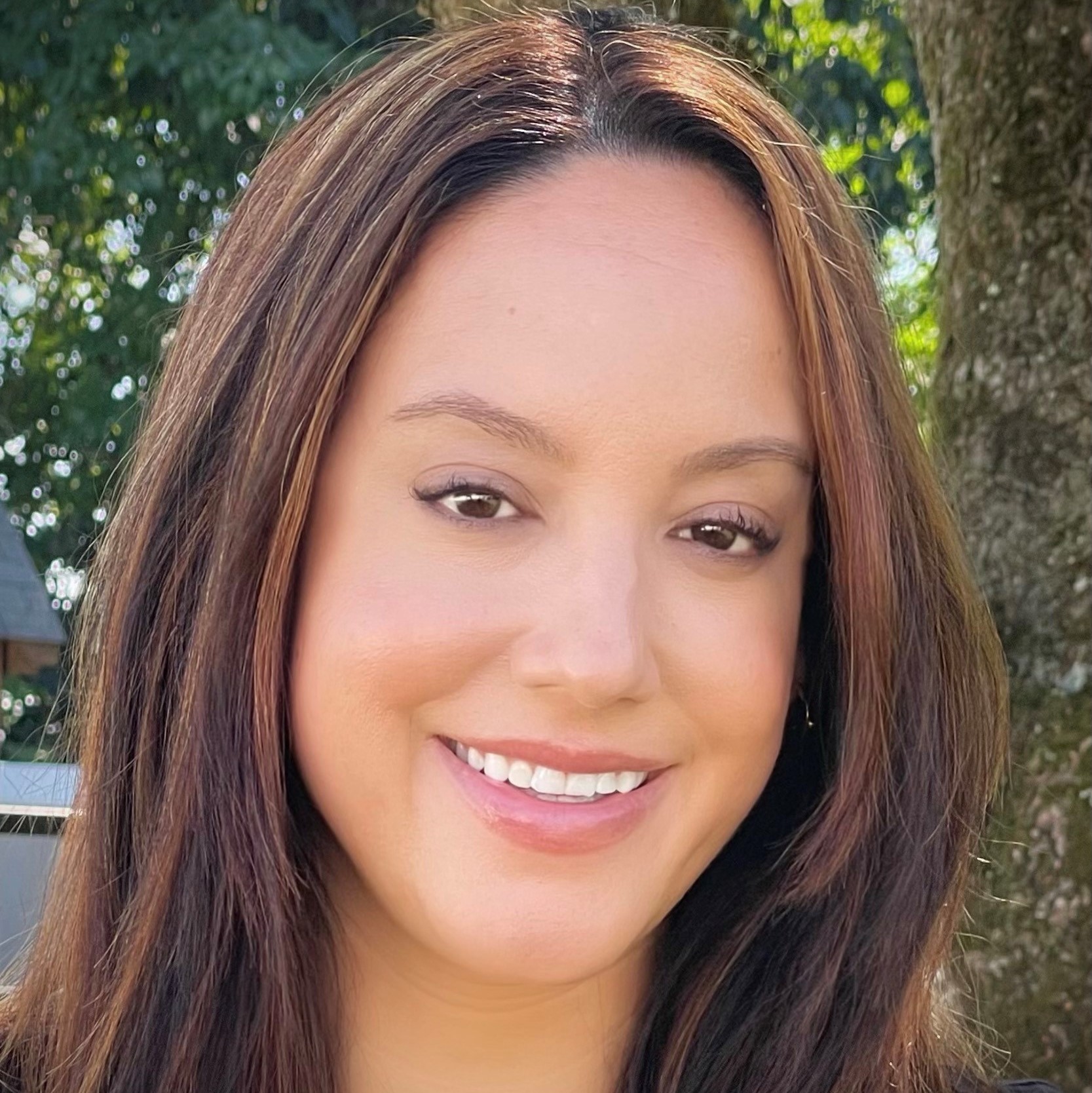 Marisa Rogo is a Project Manager at Stamford Downtown working on enhancing the public realm through innovative approaches. Previously in the art field, Marisa now blends her creative background with her analytic skills to transform data into compelling visuals and market analysis. She is on the Stamford Veteran Park Partnership’s ad-hoc committee, a Stamford Art Association board member and on the Advisory Council for Women’s Business Development Council. Marisa earned a MPS from Pratt Institute. 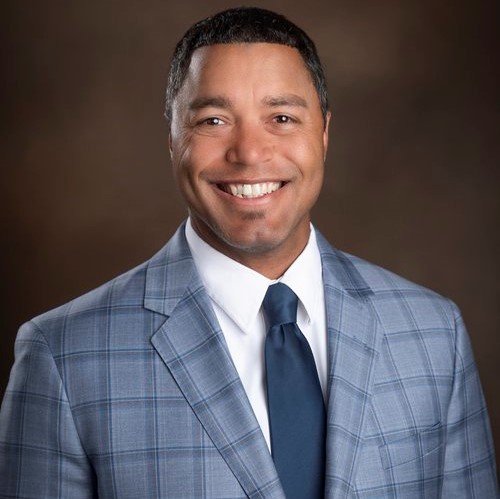 Domico’s entire professional career has been based in downtown Rapid City,15 years within a six block radius and now he is leading the charge for the next era of our downtown development and growth. Although, not originally from Rapid City, Domico has been to enough downtowns throughout the US to know what opportunities lie in front of us in our community and fortunately he is in the position to affect change. 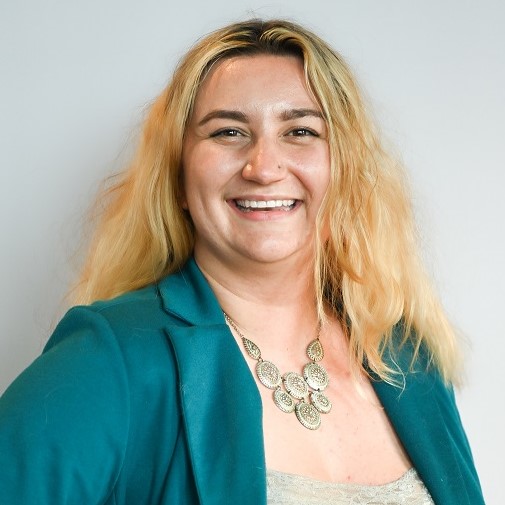 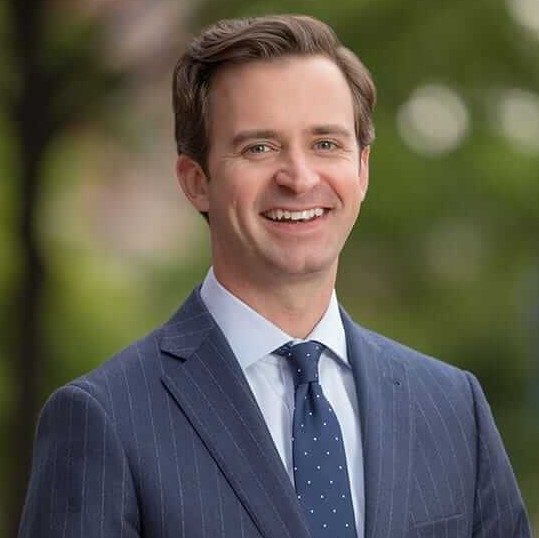 As SVP of Strategy and Marketing at Charlotte Center City Partners, Adam Rhew leads organizational strategic alignment, special projects, and enterprise marketing communications as a member of the Executive Leadership Team. Prior to joining CCCP, he held a variety of nonprofit communications and public policy roles, and spent a decade in journalism, contributing writing and reporting to a wide range of outlets including CBS News, the Washington Post, and GQ. He holds an MBA with distinction from Wake Forest University and an undergraduate degree from UNC-Chapel Hill. Outside of work, Adam enjoys spending time with his wife, Gillian, and three sons. 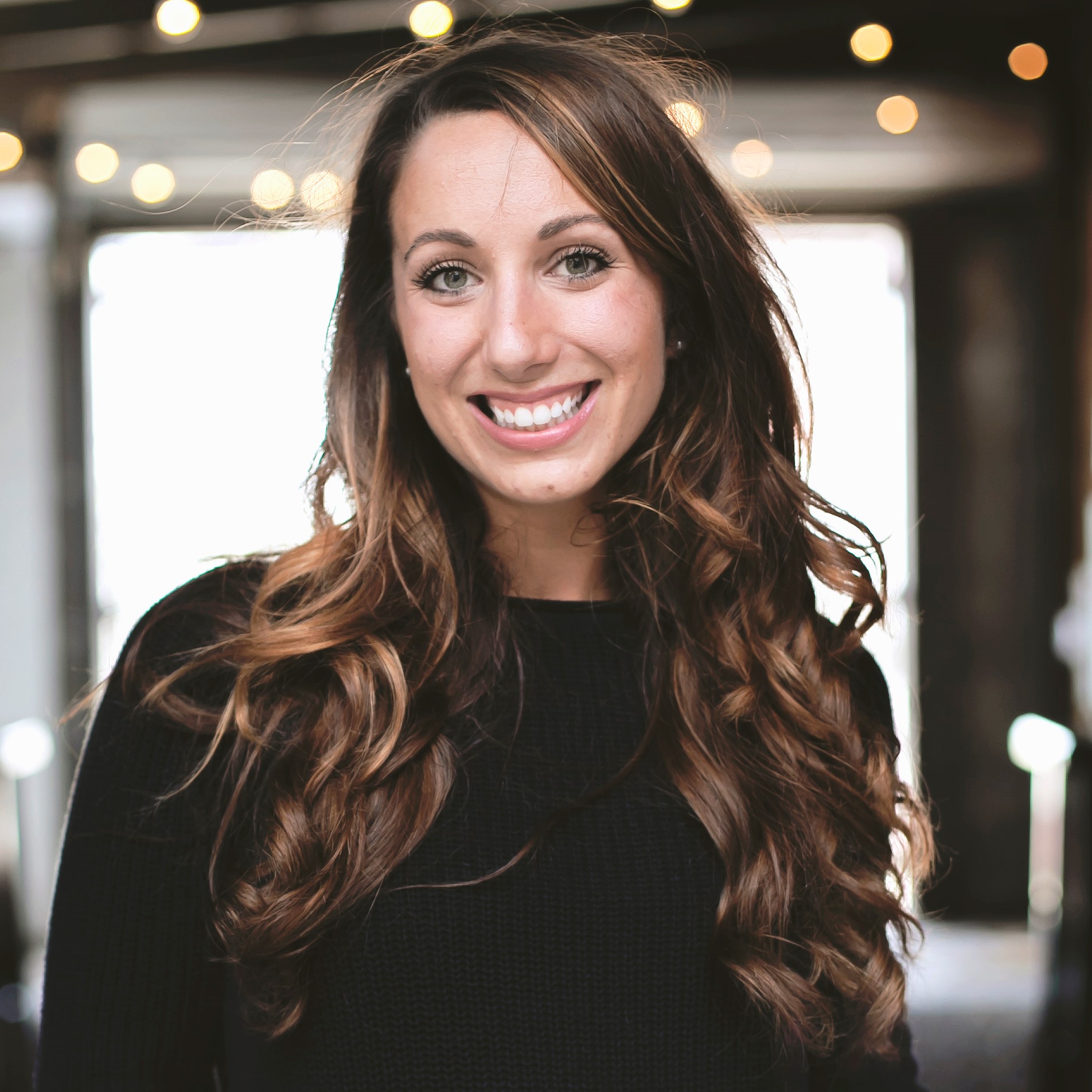 Rachel Radawec serves as the Senior Manager of Public Space and Community Engagement for the Tampa Downtown Partnership. In her role, Radawec uses principles of marketing, design, and activation to establish public-private collaboration in public spaces. Her passion for community engagement and public spaces fuels her day-to-day work in fostering vibrant, diverse neighborhoods within Tampa’s Downtown core, while engaging those surrounding it. 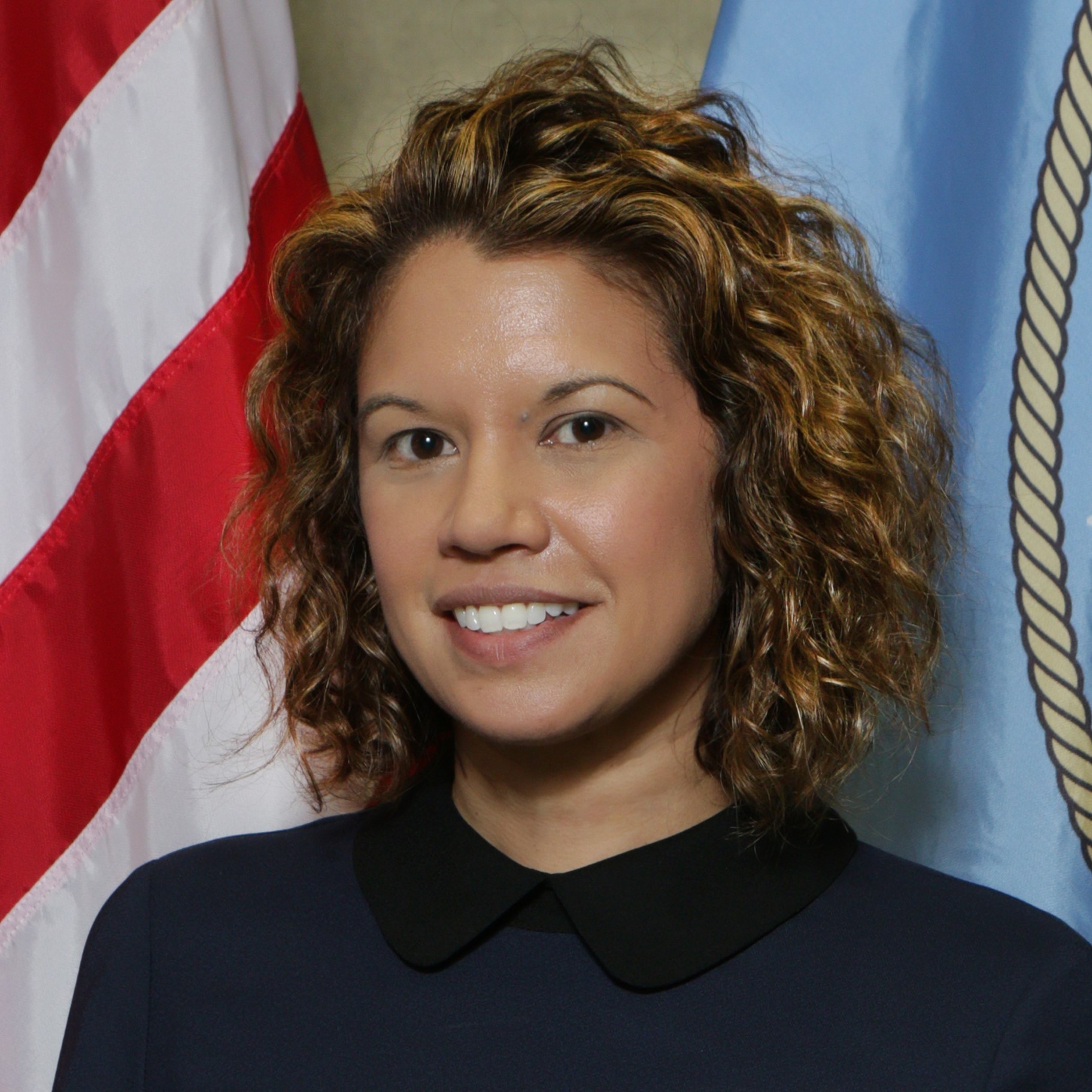 Danette Nguyen was appointed Assistant Director for Fairfax City’s Office of Economic Development (OED) in 2019 and is responsible for program development, strategic planning, and communications/marketing. She also served as Acting Director during the initial months of the pandemic reporting directly to the City Manager and City Council where she implemented programs and communicated resources to support businesses as they navigated the crisis. Danette enjoys making a positive impact on the small business communities. 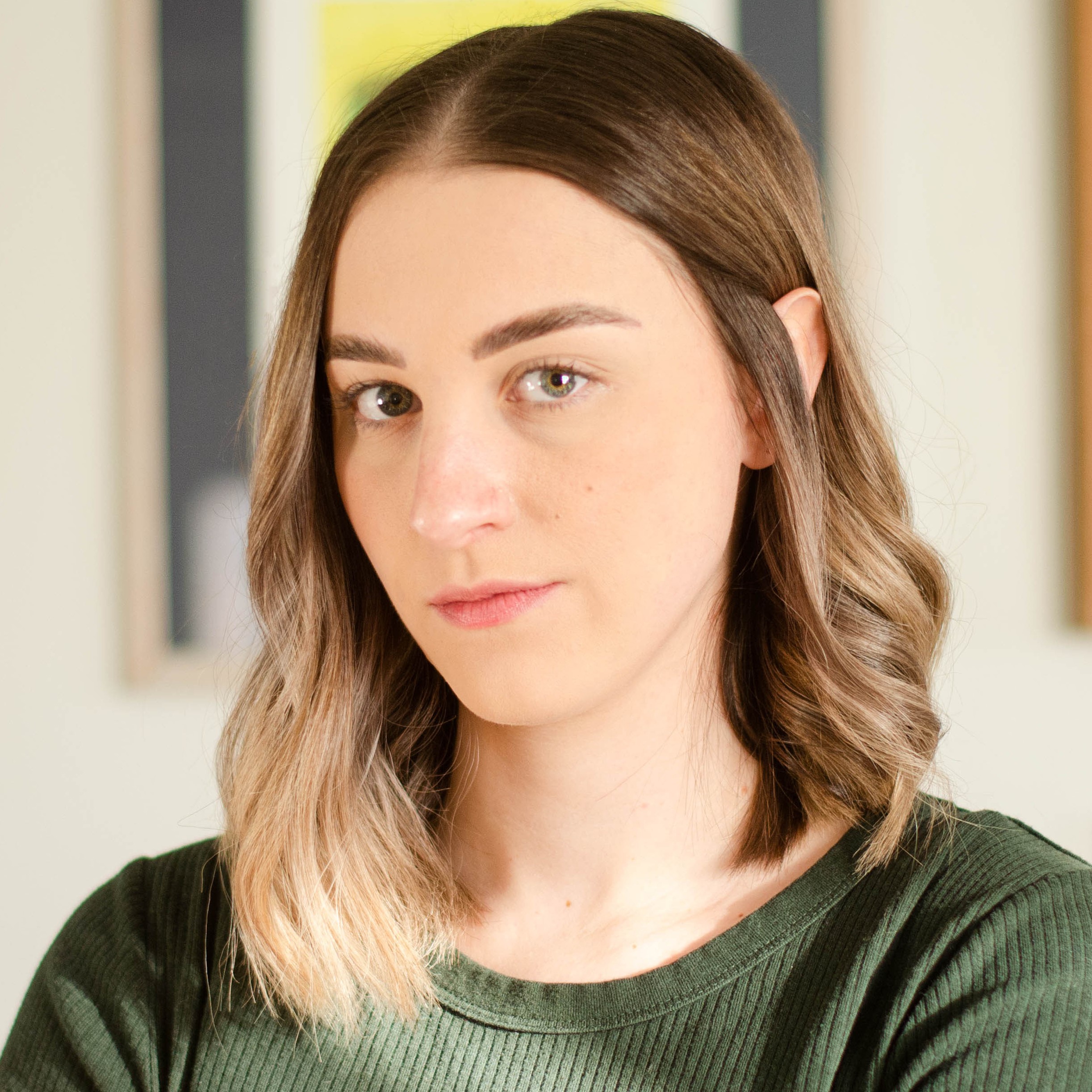 Marketing & Communications Manager, Sydney Morris, joined the Hartford Business Improvement District in May of 2019. Operating as a small BID with a small budget, her unique background in the Arts, and a penchant for pushing the envelope, she offers a creative non-traditional approach to marketing. 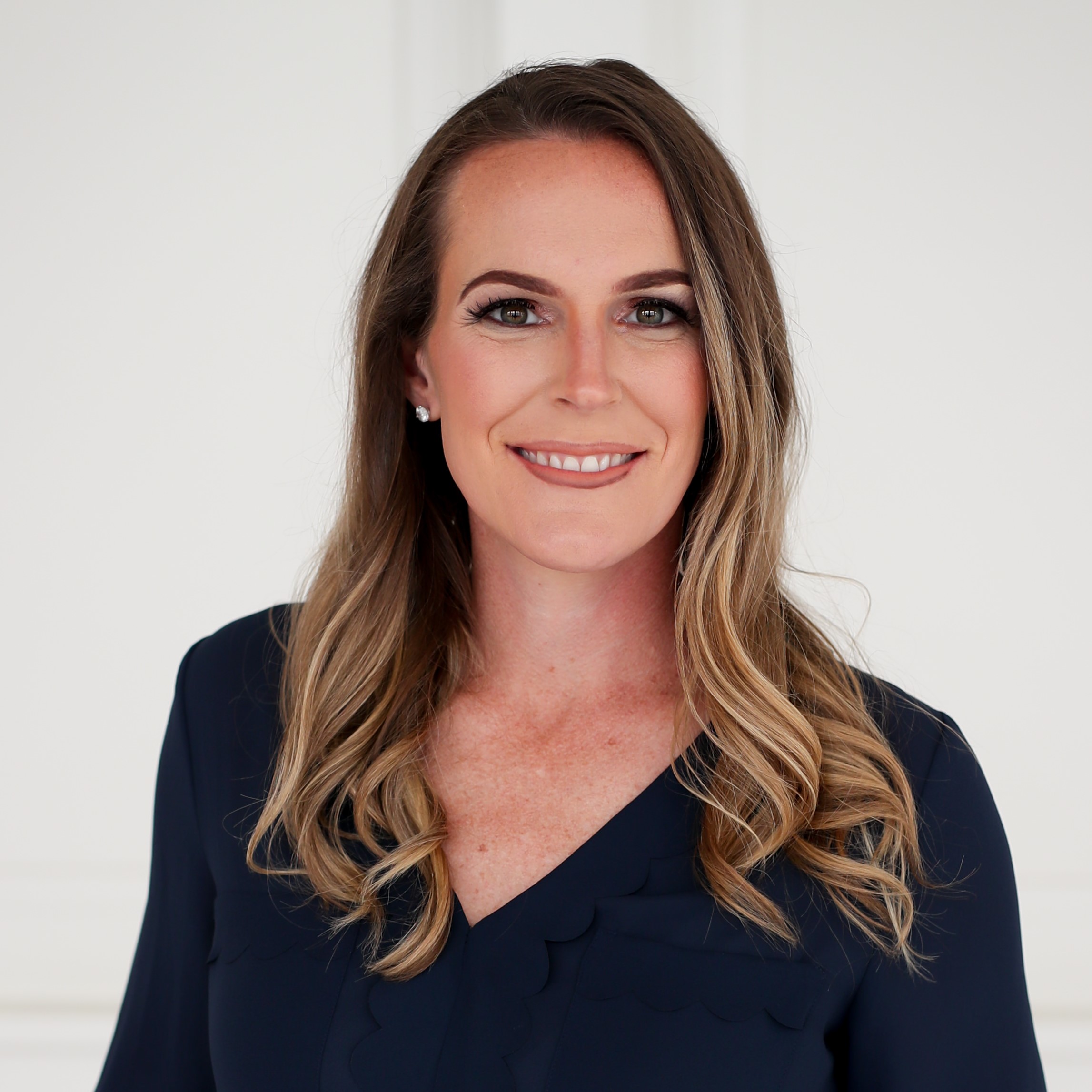 In May, Lyndsie was named the Director of DW Inc. In this role she serves as the implementer of change with responsibilities for ensuring the organizations goals are accomplished. Montgomery is a native of Weatherford with 20 years of leadership experience. Lyndsie brings 10+ years of fundraising experience and twenty years of event planning. Previously, was Director of Development for Center of Hope where she led rebranding efforts, wrapped up a $5million, 5-year building campaign. Loshawn Maxwell, Senior Director of Finance & Administration joined Wilmington 2000 (founding organization of Downtown Visions) in1994. During Maxwell’s 27 years with Downtown Visions, she has held the positions of Director of Administration, Office Manager and Office Assistant. In Maxwell’s current position, she is responsible for over seeing all financial, administrative and human resource matters, as well as, being a member of the company’s Leadership Team. Maxwell earned a B.S. in Management from Goldey-Beacom College. 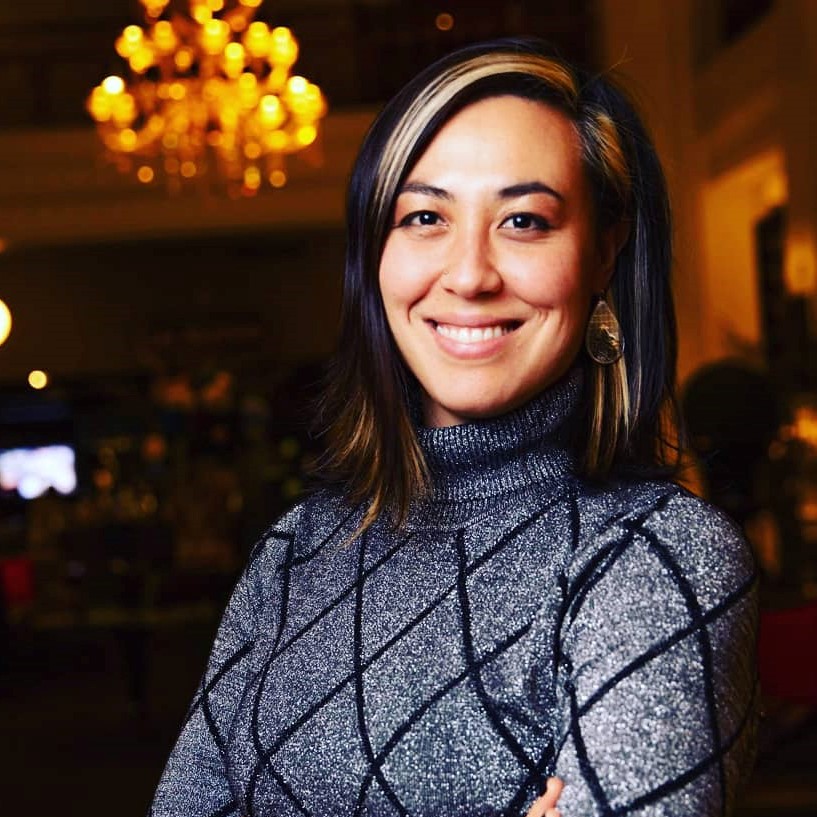 Claudia is the Vice President of Economic Development at Downtown Partnership of Baltimore with a focus research, business recruitment, retention and expansion, creative place-making and artist enhancement. Prior to her role at Downtown Partnership, she was the Special Assistant in Economic Development in the Baltimore Mayor’s Office. She was also a Mayoral Fellow with the class of 2014, working with Baltimore Development Corporation’s research team. Claudia also has experience at the United States Department of State, working in the Office of East Asian and Pacific Affairs, Public Relations Office. Claudia is a veteran of the United States Navy where she was contracted to work for National Security Agency in data interpretation. Claudia sits on the Executive Board for Maryland Art Place and the Market Center Merchant’s Association. She is also on the International Downtown Association’s Research Committee and Project for Public Spaces Leadership Council and the Greater Baltimore Committee Economic Development Committee and their 2019 Leadership cohort. 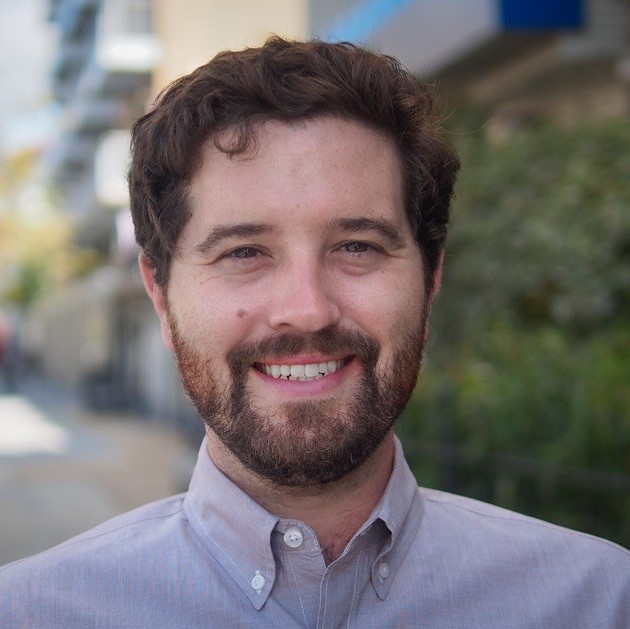 Daniel directs the overall administration, organizational development, and staff support activities of the BID and the NoMa Parks Foundation. He brings a wealth of experience in nonprofit operations and governance, deep knowledge of transportation in the District and placemaking, and a keen editorial eye. Daniel is a professional bike educator, spent a year living in Spain, has been published in both an academic journal and a fiction magazine, and holds a bartending certification from Harvard. 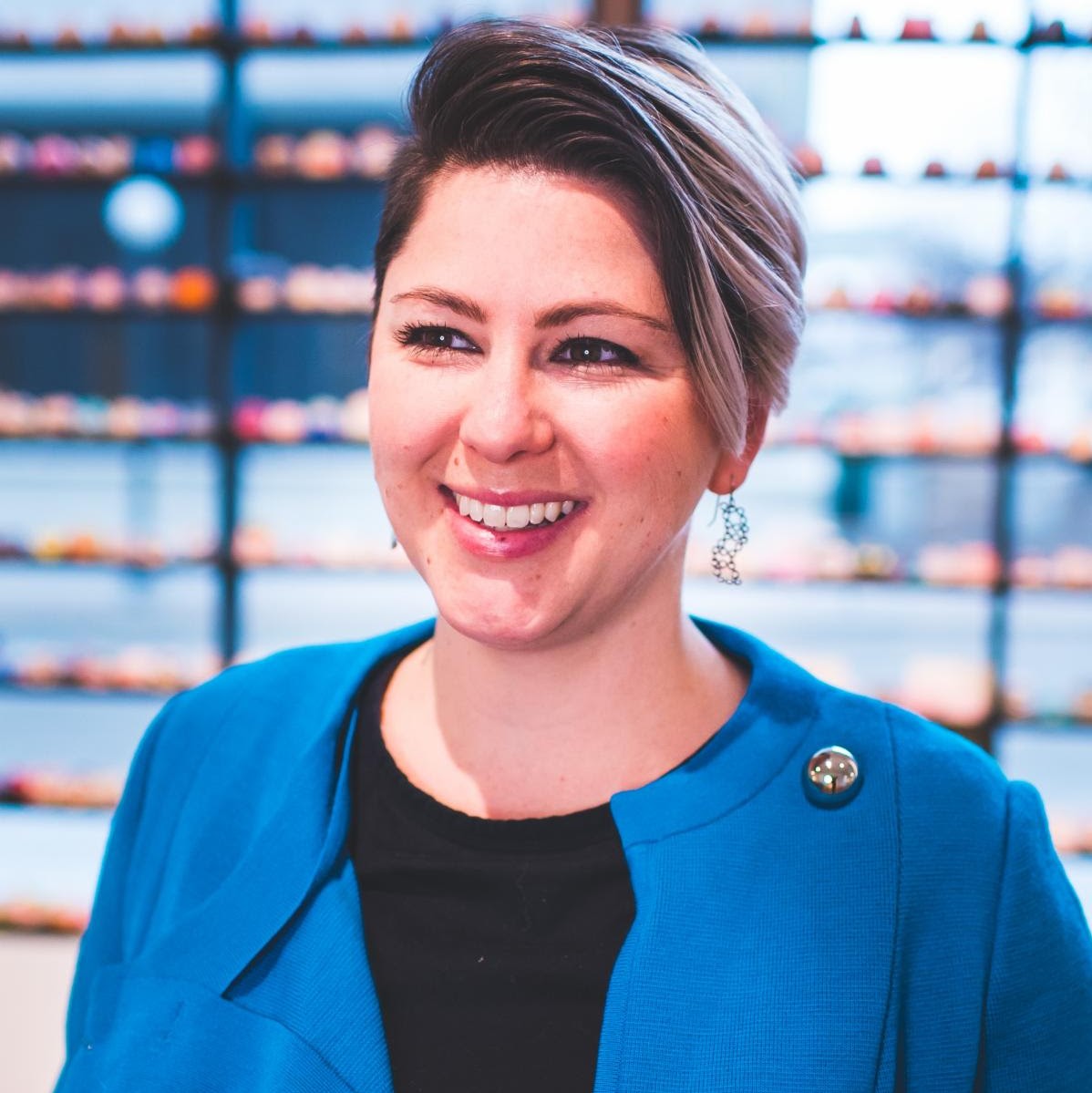 Jennifer Hensley, Executive Director of Downtown Boise Association, previously served at Minnesota Museum of American Art in Saint Paul where she managed a $28m build that opened in 2018 and worked for Fort Collins Downtown Development Authority playing an integral role in the renovation of historic Old Town Square. Hensley began her career in placemaking in Denver’s River North District and is a native of Texas holding a Master’s degree from West Texas A&M University. 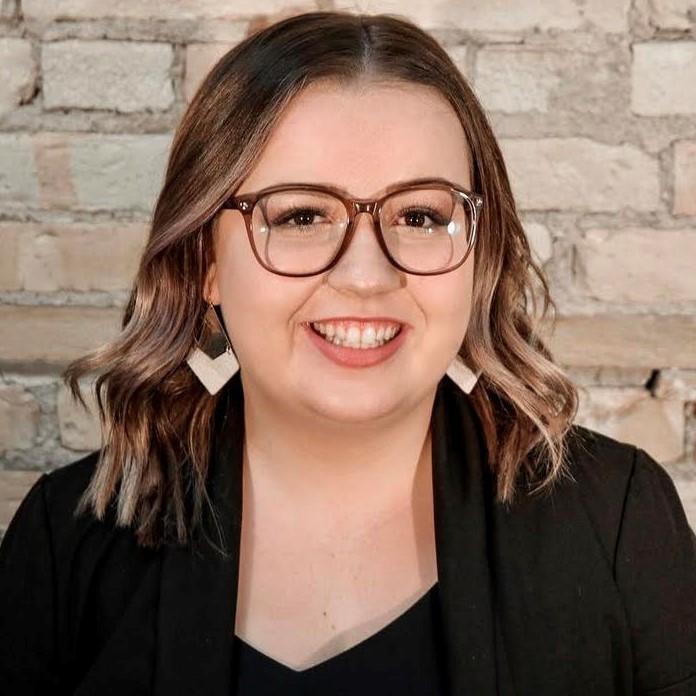 Colleen Gyori is a motivated marketing professional with a passion for enhancing public spaces, creating memorable experiences, and sharing stories that attract local spending. As the Marketing, Events& Activations Manager at the Downtown London BIA, she works with many independent businesses and community partners to ensure that the district is a destination of choice. Her work drives economic activity and builds affection for the downtown. 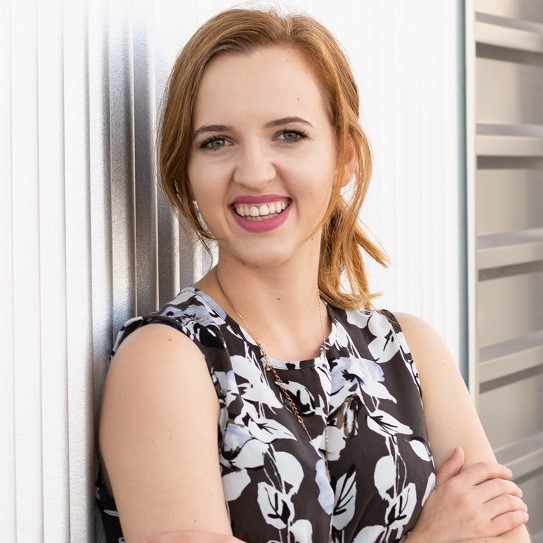 Katie Gosa serves as the Vice President of Downtown Arlington Management Corporation. In this role, she aligns the strengths of the downtown staff, business owners, arts community and university members to support the economic, cultural and educational vitality of the downtown Arlington area. Prior to this position, she served as the BID Services and Communications Manager. She graduated from the University of Texas at Arlington with degrees in Psychology and History. 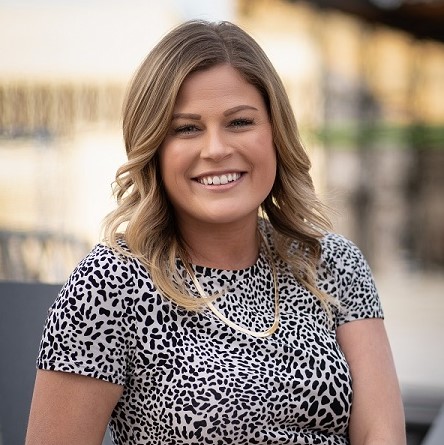 Rhiannon Friedman has served as the President of Downtown Topeka Inc. since December 2020. She joined the Greater Topeka Partnership in January of 2019, her previous role being VP of Business Development with Go Topeka. Friedman is a graduate of Kansas State University and a lifelong Wildcat. Friedman brings experience creating partnerships with large firms, small and local businesses and government agencies, to develop and improve the community she calls home. 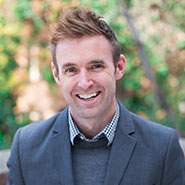 Scott has always opted to take the scenic route in life, but the beauty and the challenges of that path have allowed him to develop a diverse array of skill sets and a “never say can’t” attitude. After studying at Cal Poly San Luis Obispo and operating small businesses for over a decade in Los Angeles, he has returned to his hometown of Sacramento to serve the city during a period of great growth and economic opportunity. Kim DeMeritt is the Director of Events at Downtown Tempe Authority and has been with the organization since 2017. Kim leads the planning and execution of award winning community events, including holiday parades, art festivals, holiday activations and dining events. Kim has a history in non-profit work including event management and fundraising along with producing large scale outdoor athletic events. She earned her Bachelor of Science in Elementary Education from St. Mary’s University. 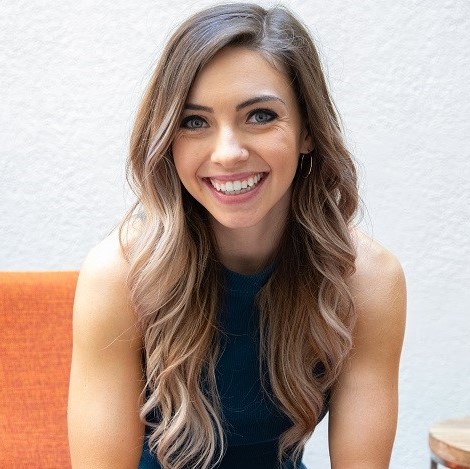 Haylee Chenchar is the Vice President & Managing Director for the Cheyenne Downtown Development Authority. As a Wyoming native, Haylee earned her Bachelor’s Degree in Business Administration from the University of Wyoming. Outside of the office, Haylee has co-founded multiple start-up businesses & serves on several committees & boards within the community. In her spare time Haylee enjoys partaking in any outdoor activity with her husband, Joe, & their rescue dog, Remy. Alyssa is driven by a passion to improve her hometown for the benefit of future generations. She holds an MPA (2012) and BBA(2010) from Texas A&M Corpus Christi, is a Certified Economic Developer (IEDC, 2021) and Economic Development Finance Professional (NDC, 2016). Prior to leading the DMD, Alyssa worked for the City of Corpus Christi in various development roles. She and her husband Cade enjoy spending free time with their puppies, Lucky and Cupcake. 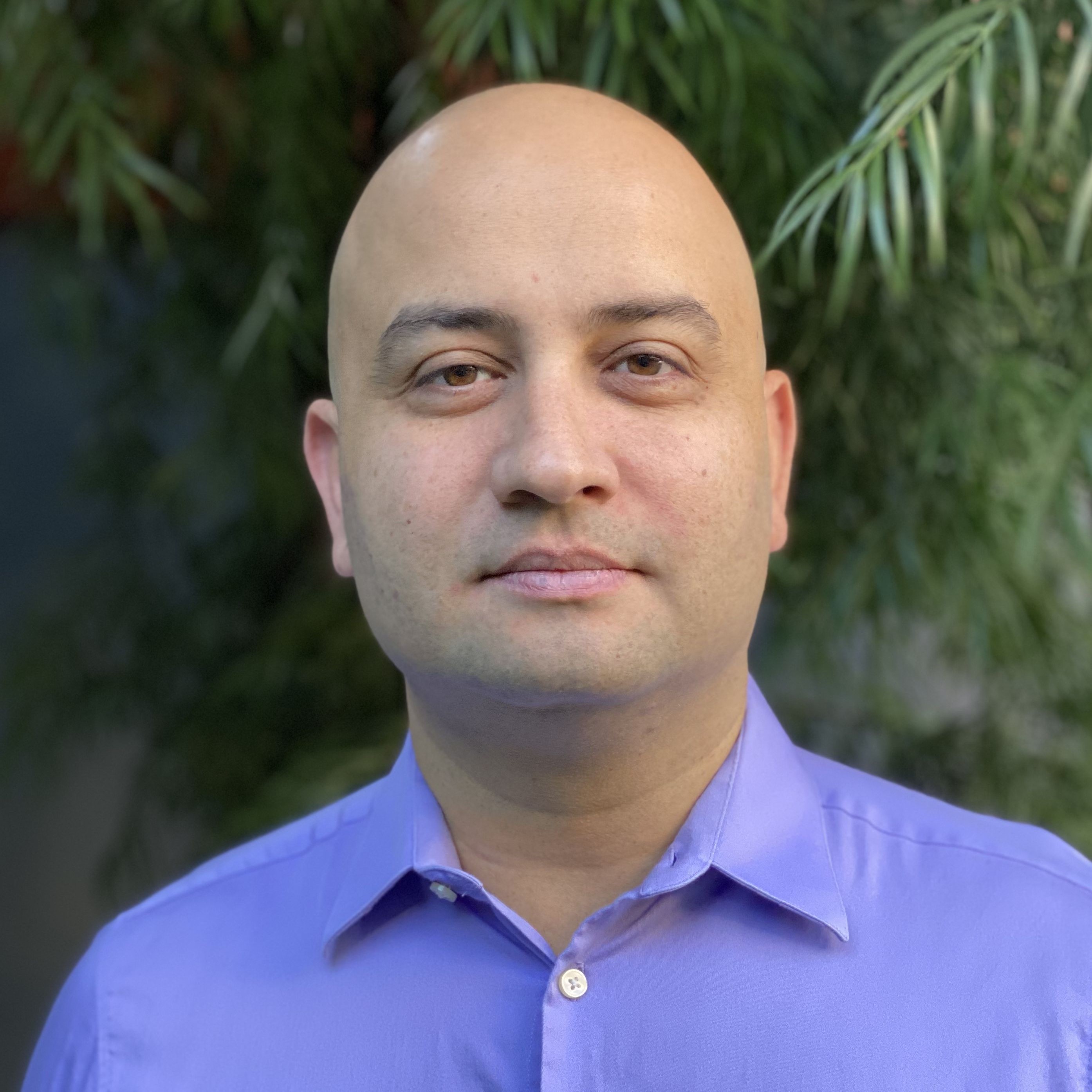